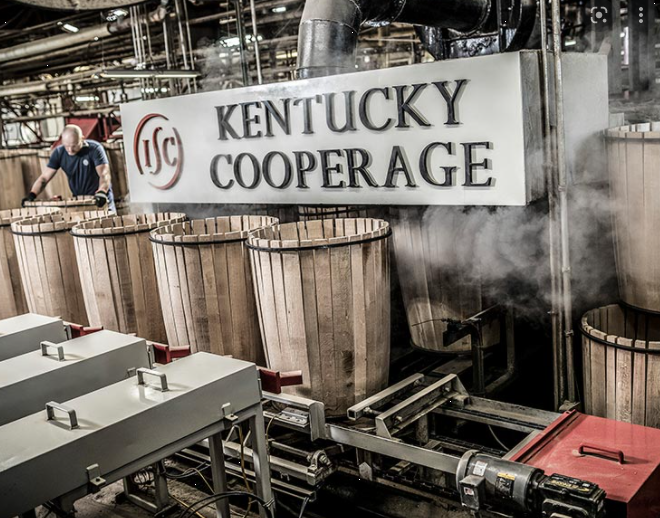 LEBANON, Ky. — Barrel producer Kentucky Cooperage LP Ltd. announced it will expand its existing used barrel operation in Marion County with a more-than-$4.1 million investment that will create up to 20 full-time jobs.

The expansion will more than double the size of the current 28,000-square-foot used barrel operation at 715 W. Main St. with a 41,000-square-foot addition. The project will provide increased warehouse and processing capacity to grow the number of used barrels serviced by the company. Leaders at the company anticipate work on the expansion to begin this spring and be completed by February 2023.

Kentucky Cooperage is a subsidiary of Independent Stave Co. (ISC), which maintains five locations in the state, with operations in Benton, Lebanon, Louisville and Morehead, employing 685 people statewide.

“In 2017, we entered the used barrel industry by partnering with Tim Ratliff and Kentucky Bourbon Barrel in Louisville, Kentucky,” said Brad Boswell, CEO of ISC. “Together, we grew the KBB used barrel operations by opening a facility in Lebanon. Today, we are proud to begin an expansion on that facility, which will give our customers even more options for used barrels. We appreciate the state of Kentucky’s continued support of the growing spirits industry.”

ISC, a family-owned cooperage company headquartered in Missouri, was founded in 1912, initially serving as a domestic supplier of staves, and today operates as a cooperage company crafting a wide range of barrels and oak products. ISC provides for distilleries, wineries and breweries in more than 40 countries. In addition to its U.S. facilities in Missouri, Kentucky, Indiana and Ohio, the company has international cooperage facilities around the globe. ISC owns seven stave mills, including one in northeastern France, and six American oak mills.

To encourage investment and job growth in the community, the Kentucky Economic Development Finance Authority (KEDFA) in January approved the company for up to $150,000 in tax incentives through the Kentucky Enterprise Initiative Act (KEIA). KEIA allows approved companies to recoup Kentucky sales and use tax on construction costs, building fixtures, equipment used in research and development and electronic processing.