LEXINGTON, Ky. — West Sixth Brewing, one of Kentucky’s largest craft breweries, is celebrating ten years of giving back to the state they call home. As part of a week-long celebration commemorating their ten-year anniversary, the brewery hosted an event on Wednesday night to officially launch the West Sixth For a Cause Foundation, formalizing over a decade of supporting more than 300 different nonprofits statewide. 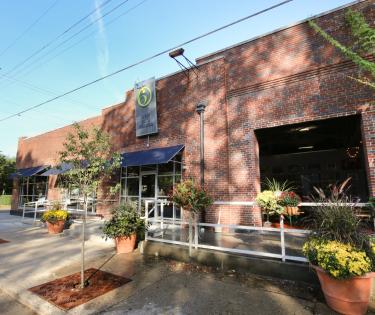 The launch of the Foundation was kicked off with the announcement of a major milestone: West Sixth Brewing has now donated over $1,000,000 total to the Kentucky-based organizations they’ve supported over the past ten years.

West Sixth For a Cause is made possible in part due to a partnership with Blue Grass Community Foundation, which has had a relationship with the brewery since the beginning.

“The Community Foundation enjoys working with companies that put a focus on doing good,” said Lisa Adkins, President and CEO of Blue Grass Community Foundation. “We have a long association with West Sixth Brewing Company and it’s the perfect reflection of their culture to celebrate their 10th birthday by creating the West Sixth For a Cause Foundation.”

The creation of the Foundation will bring together all of their other charitable programs, such as Pay It Forward Cocoa Porter and the Wooden Nickel Program, under one community umbrella. It will also allow West Sixth to focus on new initiatives, including a scholarship created in partnership with Kentucky-based colleges to support the education of typically underrepresented people in the craft beer industry, specifically women and persons of color.

To learn more about West Sixth For a Cause Foundation, visit online at https://www.westsixth.com/foundation

For general updates on West Sixth Brewing, follow them on Instagram at @westsixth or online at https://www.westsixth.com/.