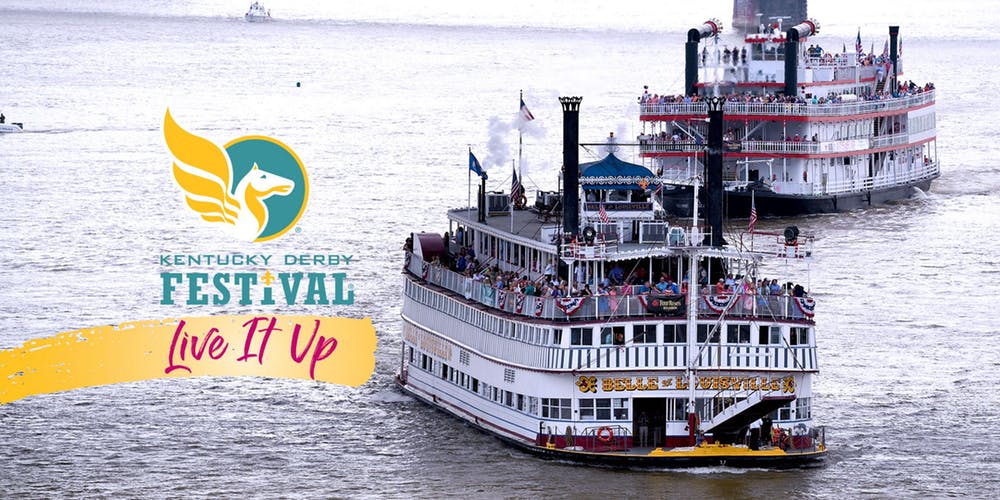 LOUISVILLE, Ky. — It will be a Battle of two Belles and a Countess along the Ohio River as the Liberty Financial Great Steamboat Race, returns on Wednesday, May 4.

The Belle of Louisville, and her rival from upriver, the Belle of Cincinnati, along with the American Countess, will compete for bragging rights and the coveted Silver Antlers at this long-running festival favorite.

“It wouldn’t be Derby week without the Great Steamboat Race,” said Matt Gibson, KDF President & CEO. “We look forward to having fans return to the Waterfront this year to cheer on all three boats, and may the best one win!”

From three boats to three brothers. A special tasting was held this morning with the new Official Bourbon of this year’s Great Steamboat Race – Louisville’s Brough Brothers Distillery. The Distillery is owned and operated by brothers Victor, Bryson and Chris Yarbrough. The tasting was held today to select which batch of bourbon will be served on the Belle of Louisville during the race.

“We grew up watching the Great Steamboat Race and to be able to participate as a sponsor now has come full circle for us,” said Victor Yarbrough, CEO of Brough Brothers Distillery.

Brough Brothers Distillery is the first African American-owned distillery in Kentucky. And they’ll be serving their bourbon on the Belle of Louisville – the oldest operating Mississippi River-style steamboat in the world.

Liberty Financial joins the event as the new Title Sponsor in 2022.

The 14-mile course on the Ohio River starts and finishes at the Clark Memorial Bridge.

Each boat will be assigned two judges, in addition to an overall event judge from the Derby Festival. The majority decision of the judges will be final. The winner will be presented with the set of 12-point Silver Antlers at the post-race ceremony.

Boarding for the Great Steamboat Race will take place from 4:30 to 5:30 p.m., with all the boats departing the shore at 5:45 for a 6 p.m. start. The Awards Ceremony will take place immediately following on the Chow Wagon Stage at Kroger’s Fest-a-Ville on the Waterfront.