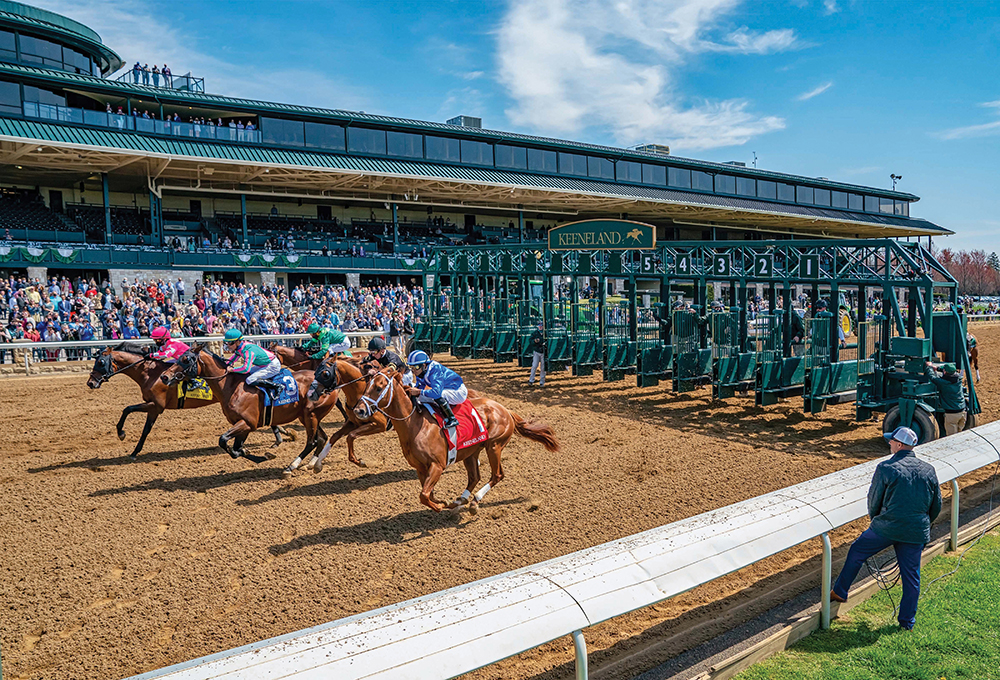 LEXINGTON, Ky. — Keeneland successfully closed its 2022 Spring Meet on Friday with all-sources handle topping $219 million to establish an all-time wagering record for the historic Thoroughbred track. Fans at Keeneland and across the country enjoyed an exceptionally strong racing season with record average daily purses of $1.147 million attracting the nation’s top horses and jockeys and resulting in full fields that averaged 9.1 starters per race. Complementing the quality racing was a slate of special events that offered family fun while benefiting the local community.

Wagering totals were boosted by several individual handle records during the meet. Record single-day all-sources handle of $28,137,728 was set on Toyota Blue Grass Day, Saturday, April 9, which featured 11 races, five of which were graded stakes.

Wagering on the 11-race card the following Saturday, April 16, totaled $27,304,001 to be the second-highest single-day handle in Keeneland history.

The Keeneland Turf Pick 3, a wager on the final three turf races each day that was inaugurated last fall, remained popular with handicappers with a total handle of $1,543,399, for an average of $128,617 per day (12 days of the wager). 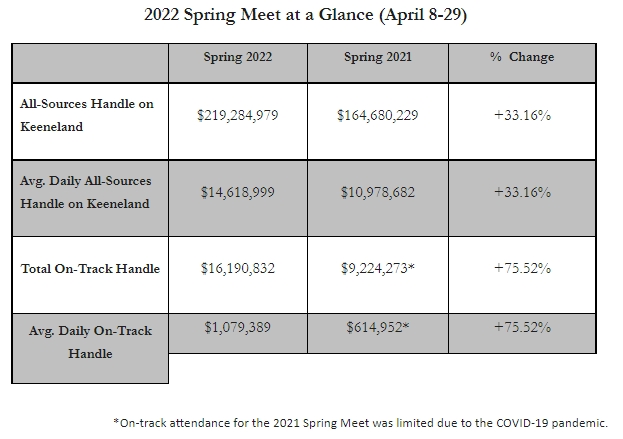