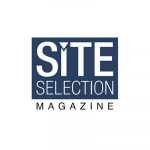 “Congratulations to Louisville Forward and GLI on this amazing recognition of your work! When I was first elected Mayor, my goal was to leave the city better than I found it. In my last year as mayor, I can say with confidence that Louisvillians have more equitable access to jobs and opportunities and that our city is achieving tremendous economic growth,” Mayor Greg Fischer said. “My hope for the future of our city is to see the strategies implemented during my administration around attracting high-quality jobs and growing our tech talent continue to create even more opportunities for Louisvillians in every corridor of the city.”

During Fischer’s three terms, Louisville’s economy has added 3,500 new businesses and more than 80,000 jobs, including nearly 3,500 tech jobs. Through Louisville Metro’s economic development work, our city has competed for and won business attraction and expansion projects totaling over $9 billion in investment since 2011.

“We are thrilled that Site Selection magazine has once again recognized GLI’s collaboration with our 15 regional partners to grow the entire Greater Louisville region,” said Sarah Davasher-Wisdom, president/CEO of GLI. “This award is a testament to the value that a regional approach to economic development brings our economy. Last year, GLI worked with regional partners to bring more than $7 billion of new investment to the region and create more than 9,000 new jobs, and I am confident this trend will continue in the months ahead.”

Site Selection’s Mac Conway Awards for Excellence in Economic Development recognize the top local and regional economic development agencies in the U.S. The honorees have been determined by an index that examines 2021 corporate facility investment as tracked by Site Selection’s proprietary Conway Projects database. Scores are awarded based on six criteria: total projects, total investment associated with those projects and jobs associated with those projects. The remaining three criteria represent a per-capita calculation of those same metrics.

In 2021, Louisville Forward’s Economic Development team competed for and won business attraction and expansion projects with commitments to create nearly 4,000 new jobs and invest more than $946 million in the city of Louisville.

During a celebration Monday, Mayor Fischer also highlighted Louisville Forward’s work with small businesses. In 2021, the Small Business team worked with 527 businesses, over half of which were female- and minority-owned, and administered nearly $3.2 million in low-interest loans to small businesses through its METCO program.

“To make a city great, you must have businesses big and small,” the mayor said. “Louisville Metro has supported thousands of entrepreneurs and small business owners over the decades. I want to thank the Small Business and METCO teams within Louisville Forward for their dedication and hard work.”