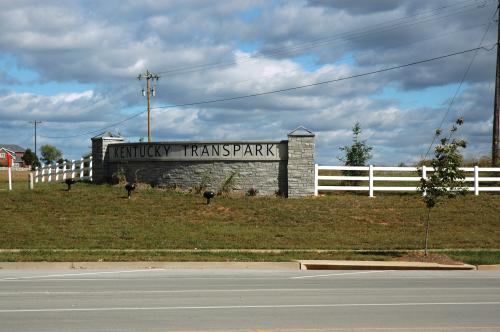 BOWLING GREEN, Ky. — Gov. Andy Beshear announced the City of Bowling Green and its officials will implement upgrades at the Kentucky Transpark behind a $1 million investment, building on one of the fastest-growing industrial parks in Kentucky.

“The economic momentum we are seeing in Kentucky does not happen without the resources, sites and buildings to support companies looking to grow and expand in the commonwealth,” Gov. Beshear said. “With each investment and upgrade in our industrial sites across the state, we are ensuring future economic growth and sustainability. I congratulate the local leadership in Bowling Green and Warren County for their efforts to keep Kentucky moving forward.”

On behalf of the City of Bowling Green, the Inter-Modal Transportation Authority applied for $500,000 in funding to extend utility service in the Kentucky Transpark to support its continued growth. This money will be used to extend utilities along Production Avenue, which will help bring over 600 acres of property to market including the future homes of both Tyson Foods and Envision AESC, the 3 million-square-foot electric vehicle battery gigafactory that will create 2,000 new jobs in the community. The state funding accounts for half of the $1 million project cost, with the rest funded locally.

The Bowling Green location was selected for funding through the Product Development Initiative (PDI) in 2022. PDI was created through a partnership between the Kentucky Cabinet for Economic Development and the Kentucky Association for Economic Development (KAED) to provide competitive grants to Kentucky economic development organizations and local governments to supplement site and building improvement projects. PDI aims to create jobs and corporate investment by enhancing the quality and quantity of Kentucky’s available sites and buildings. As well, it encourages collaboration among Kentucky economic developers and stakeholders with an emphasis on speed-to-market to help new and expanding businesses quickly find suitable locations in Kentucky.

PDI boosts the commonwealth’s ability to attract a diverse base of businesses of every size. This adds to the state’s numerous other advantages, including its ideal geographic location with its borders within a day’s drive of two-thirds of the U.S. population, the lowest industrial electric costs east of the Mississippi River and a skilled workforce ready to meet the needs of any company.

The continued investment in the Bowling Green site furthers recent economic momentum in the commonwealth, as the state builds back stronger from the effects of the pandemic.

In recent months, the commonwealth has announced the two largest economic development projects in state history. In September, Gov. Beshear and leaders from Ford Motor Co. and SK Innovation celebrated a transformative $5.8 billion investment that will create 5,000 jobs in Hardin County. Last month, the Governor was joined by leadership at Envision AESC to announce a $2 billion investment that will create 2,000 jobs in Warren County. These announcements solidify Kentucky as the national leader in EV battery production.

And for April 2022, the State Budget Director reported the highest-ever monthly General Fund receipts of $1.84 billion. That is up 34.9% over last April’s collections, bringing Kentucky’s year-to-date growth rate to 16.4%.