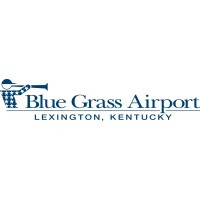 Travis Crilly joined Blue Grass Airport in April 2010 and has served as operations manager since January 2012. Previously, he held positions with Atlantic Aviation at Wiley Post Airport in Oklahoma and University Park Airport in Pennsylvania. He serves as vice president on the board of directors for the Southeast Chapter of the American Association of Airport Executives and has previously served on the board of directors for the Kentucky Aviation Association. He earned a Master of Science degree in aerospace administration and logistics from Southeastern Oklahoma State University and a Bachelor of Arts in geography from Penn State University.

Located in Lexington, Kentucky, Blue Grass Airport celebrates 75 years of commercial air service as Kentuckians “Get Going” with non-stop and connecting flights to hundreds of destinations worldwide. Serving as many as 1.4 million passengers annually, the airport focuses daily on fulfilling its vision of providing a welcoming approach to connecting Kentucky and the world. The airport supports the region with approximately 3,475 jobs and a total economic output exceeding $370 million. Receive the latest airport news by liking us on Facebook at www.facebook.com/bluegrassairport or following us on Twitter at www.twitter.com/bgairport.