Home » Public policy: Kentucky May Be in the Green 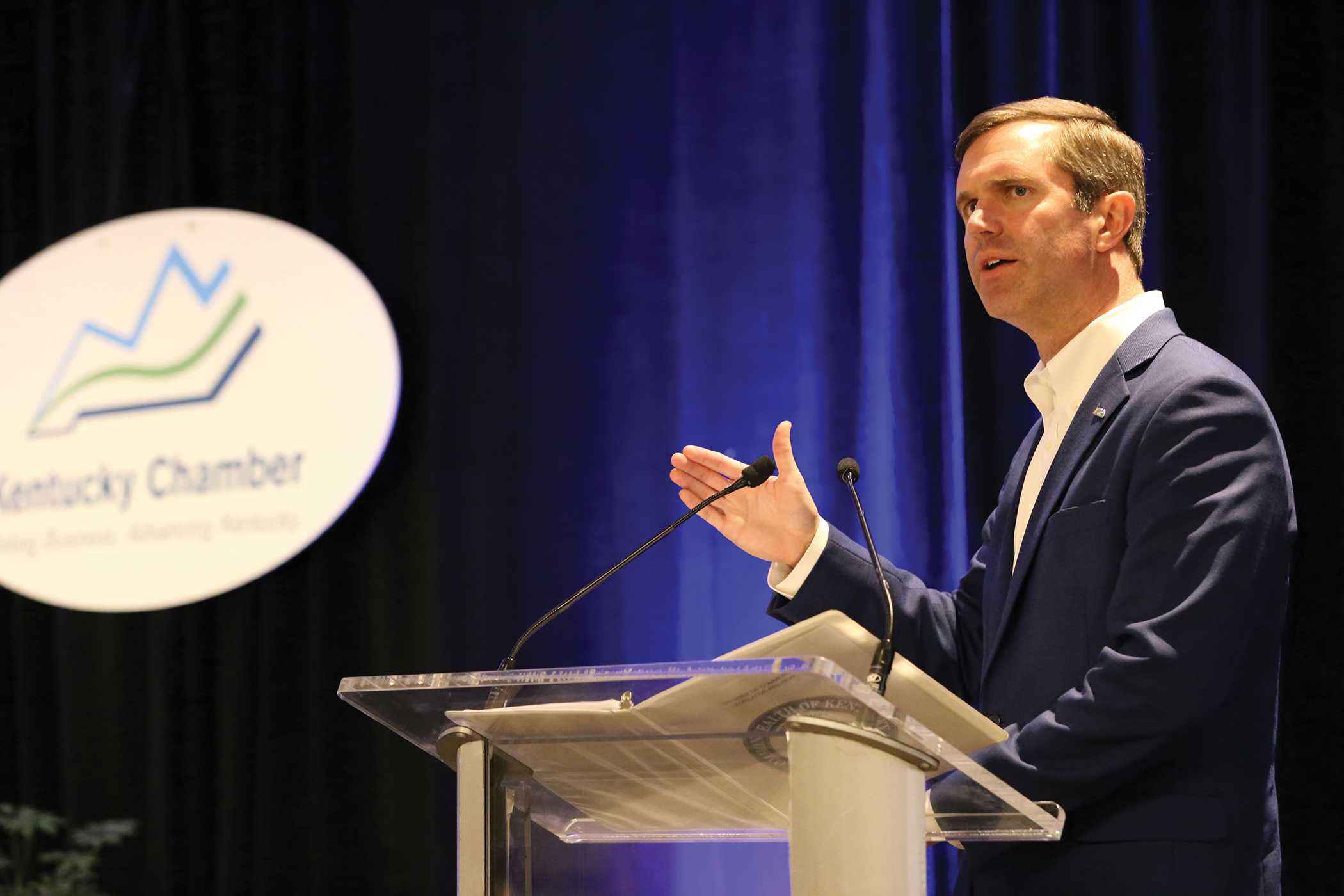 On Nov. 15, Gov. Andy Beshear made a major policy move and political play: He signed an executive order decriminalizing the use of marijuana for medical conditions like epilepsy, cancer, terminal illness and multiple sclerosis.

The executive order has three key stipulations:
• The cannabis must be lawfully purchased in the U.S. from a state where the purchase is legal and a receipt must be kept.
• The amount purchased and held must not exceed 8 ounces, the line between a misdemeanor and a felony in Kentucky.
• Each person must keep a record from a licensed health care provider showing a diagnosis of at least one of 21 medical conditions.
Beshear’s move sent shock waves through Frankfort and the rest of the state. Marijuana use, both medicinal and recreational, has been a smoking hot topic of conversation and legislation in recent years. However, efforts to pass bills on the subject have been snuffed out in the state Senate.

The governor’s move puts both he and the General Assembly in a politically and legally sensitive position.

Use of cannabis for medical purposes is overwhelmingly popular across the state. Yet the legislature’s failure to act on proposed bills sparks questions. Does the governor have authority to legalize marijuana when the legislature has both considered and failed to act on the issue? Do House and Senate GOP supermajorities want to engage in a legal battle on a popular issue in a gubernatorial election year?

These questions remain to be answered.

Attorney General Daniel Cameron issued a statement on this executive order and another on Delta 8 saying, “Time and time again, the governor has attempted to bypass the policy-making process of the General Assembly. Today’s executive orders regarding medical marijuana and Delta 8 are another example of his attitude toward governing. As always, he seems to relish ruling by decree instead of by law.”

Many noted that Cameron, a 2023 Republican gubernatorial candidate, stopped short of announcing his office’s intent to sue.

Marijuana permeated many of this year’s legislative policy conversations. The debate on House Bill 136, which would have allowed the use of marijuana for specific medical conditions, lit up the chamber in passionate political discourse.

The 2022 legislation, sponsored by Rep. Jason Nemes, R-Louisville, cleared the House on a 59-34 vote and would have been the strictest such law in the nation. The bill would have allowed medical professionals to prescribe marijuana for qualifying conditions, including any type of cancer, chronic pain, epilepsy, multiple sclerosis and chronic nausea. The House passed an amendment to add post-traumatic stress disorder.

That was not the first time legislation on medical cannabis made its way through the Kentucky House. At the onset of the pandemic, Nemes pushed out his 2020 version with a 65-30 margin. The Senate failed to take up the measure then also, and concerns over marijuana legalization continue to linger in the upper chamber.

However, debate on the subject did pick up steam in March, when previously opposed Senate Judiciary Committee Chairman Whitney Westerfield, R-Crofton, issued a statement saying that while he had reservations over marijuana use, overwhelming outreach from constituents had swayed his opinion.

Westerfield cited stories about children illegally seeking marijuana for their dying and in-pain mothers and fathers and parents searching it out to reduce seizures for their epileptic children.

Chronic pain management and relief for terminal conditions are chief among the reasons Nemes has consistently championed the legislation despite significant pushback from his GOP caucus.

In an effort to sway those conservatives, Nemes tailored the bill to prohibit the smoking of marijuana and growth for personal use. It did allow for other forms of consumption, such as edibles, oils and pills as well as vaping for those over the age of 21.

This year’s version included a major political concession: “home rule” provisions. Although HB 136 would have made medical cannabis legal statewide, it permitted county fiscal courts or commissions the vote to disallow it. However, communities in those counties would have the option to ultimately allow it.

Although Rep. Nemes maintains his support for legalization of medical cannabis, he does not support the governor’s actions. Nemes stated that “the governor doesn’t have that authority. He’s not the legislative branch; he’s the executive branch.”

Whether the Senate will take up the issue in the upcoming 2023 session is a top topic of conversation. Nemes is reported to be working on a bill with the Senate.

While Majority Caucus Leader Julie Raque Adams, R-Louisville, has lent support for medical marijuana in the past, Majority Floor Leader Damon Thayer, R-Georgetown, has not, but said he won’t stand in the way of a vote if the GOP caucus supports it. Senate President Robert Stivers, R-Manchester, has voiced concern over marijuana legalization, citing the need for quality scientific studies demonstrating cannabis’ effects and efficacy.

The Kentucky Medical Association also was against this year’s bill. Many physicians express concerns over qualifying condition limitations and proper dosages. Some say making it legal places unwelcome burdens on the medical community, who will become the arbiters of access.
What is for certain is that the governor’s actions have put the spotlight on the General Assembly. Beshear clearly stated that any legislative policy regarding medical cannabis would replace his executive order.

When the smoke clears from this political and policy stroke, we may have a better indication of where this issue will fall for the future generations to come. This executive move has given life to the issue with budding hopes from supporters.

Research: The Negative Impact of Perfectionism in the Workplace
Nonprofit Spotlight: Helping Those in Need Help Themselves