LOUISVILLE, Ky. (Nov. 26, 2013) — Louisville will show its compassion this holiday weekend as a Filipino choir attends the Sing ‘n’ Joy International Choral Festival & Competition at Christmas at the Galt House Hotel. The Coro San Benildo Choir arrived in Louisville Monday night. Choir members have been touched by the unimaginable magnitude and destruction of Typhoon Haiyan that made landfall on six Philippine Islands on Nov. 8. The death toll has risen to more than 5,200 people.

Louisville Metro Government, the Galt House Hotel, American Red Cross, and WDRB-TV are teaming up to show this choir our support.

“This is a great opportunity for our city to show compassion to the people of the Philippines — and to hear some great music, too,” Fischer said. “I encourage our citizens to support this important effort to help the many people in need.”

The Galt House Hotel will donate $2 for every ticket sold to the Sing ‘n’ Joy Concerts on Saturday night at 8 and Sunday afternoon at 3 at the Kentucky Center for the Performing Arts-Whitney Hall. The American Red Cross will be taking donations at each of Coro San Benildo’s performances, including at Light Up Louisville. Philippine Typhoon Appeal donations may also be made online at http://www.redcross.org/galthousehotel-emp

Interviews with choir members may be arranged through Ashley Brauer at 502-415-8446 or [email protected].

Sing ‘n’ Joy Louisville will welcome people from across the globe to Louisville, KY over Thanksgiving weekend, November 29 through December 1, 2013. Choirs will be performing traditional songs from their home countries, as well as classics, holiday songs and everything in between. It’s an opportunity for choirs to share their cultural traditions and their talents with their peers and the Louisville community.

Tickets are available for the Celebration Concert on Saturday, November 30 at 8 p.m. and the Festival Stage Choir Concert, Closing and Awards Ceremony on Sunday, December 1 at 2 p.m. Both concerts are in Whitney Hall at the Kentucky Center for the Performing Arts. Tickets are priced from $15-$35 with $2 of each ticket going to the American Red Cross for Philippine Typhoon Relief. Click here to buy tickets today or call 502-584-7777 to order by phone. Daily Flex Passes are also available for access to competitions in the Galt House Hotel Grand Ballroom and Cathedral of the Assumption on Saturday and Sunday for $10 each. 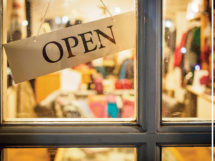