Home » The rise of the temporary worker

As companies and businesses slowly recover from the economic recession of 2007-2008, there’s been a noticeable uptick in the demand for temporary workers to meet employers’ labor needs, both in Kentucky and across the nation.

Nationally, 3 million people are employed by staffing companies every week, and 11 million temporary and contract employees are hired by U.S. staffing firms over the course of a year, according to the American Staffing Association (ASA).

State-specific statistics are not available, but temporary workers currently make up roughly 2 percent of the U.S. labor force. Since the end of the recession, the staffing and recruiting industry has created more jobs than any other single industry in America, the ASA reports. From June 2009 to July 2012, America’s staffing companies added more than 786,000 jobs to their payrolls. Temporary staffing jobs accounted for 91 percent of total nonfarm job growth from June 2009 through June 2011, according to the U.S. Bureau of Labor Statistics data cited by ASA.

This shift represents the highest-ever percentage of the American work force that is temporary, at least in recent memory, said Sean Montgomery, co-founder and CFO of Integrity Staffing Solutions, a Wilmington, Del.-based staffing agency that has offices in Lexington, Louisville and Richmond.

Last year, Integrity placed 11,000 workers in Kentucky alone, across a client base of 20 or so companies within the state, primarily in the Lexington and Louisville areas, Montgomery said. While confidentiality policy prevents him from naming Kentucky clients, it is well known via website postings – and sometimes television commercials – that Integrity Staffing Solutions fills most of the entry-level, non-full-time employee jobs at the large Amazon.com fulfillment and return centers in Lexington.

Kelly Services, one of Kentucky’s largest temporary staffing agencies with roughly 10 brick-and-mortar locations across the state, placed 17,166 temporary employees in the commonwealth between October 2012 and September 2013, according to Nikki Greene, manager of Kelly Service’s Louisville district.

Greene said demand for contingent or part-time employees has been noticeable across an array of business sectors in Kentucky, including professional/technical realms such as IT, engineering, accounting and finance as well as light-industrial sectors such as manufacturing and logistics.

Integrity’s Montgomery said temporary workers are especially in demand in healthcare and online retail sectors. The Reserves Network, a Cleveland-area based staffing agency with offices in Glasgow, Elizabethtown and Louisville, has handled demand for temporary workers in skilled manufacturing jobs such as CNC operation (computer-numerical control of machine tools) and front-loader operation in addition to warehouse assembly and maintenance work, said Brandon Thimke, that company’s director of communications.

Because of the sluggish economic recovery, employers “have been very hesitant to add to their (full-time) base workforce because of the uncertainty of the recovery,” Montgomery said. “Instead, they’ve opted to rely on temporary staffing agencies who can supply them with a work force that can be flexible – and that can be ramped up or ratcheted down as needed – to meet their labor force demands.”

A trend long in coming

While the rise in demand for contingent workers may have spiked since the recession, Joe Labianca, Gatton Endowed Chair in Management at the University of Kentucky, feels the trend toward a more flexible, contingent workforce actually has four-decade-old roots.

First, some background: There was a time, historically speaking, when all workers were essentially “contingent laborers” who hired themselves out to employers to perform a job or service. That changed with the beginning of the Industrial Revolution, when organizations increasingly began to hire employees to work exclusively for their company or business, Labianca said.

“The introduction of the assembly line really starts to accelerate the move away from contingent workers to a structure in which people are fully employed by their organization,” he said. That work model reached its zenith in the post-World War II period, when the United States emerged without real peer in global competition, standing alone as the only industrial power unscathed by the war.

Thanks to a skewed sense of nostalgia, Labianca said, society for a time came to view a 30-year-plus career with a single employer as “somehow the ideal” when, in reality, the workplace was never intended to operate that way.

“It just so happens that our parents and grandparents happened to be around during that very strange, ahistorical moment (post WWII), when everybody was fully employed (at a single employer).”

But by the 1970s – and especially since the Internet revolution of the 1990s – global competition began to force U.S. companies to be more flexible with their workforce in order to stay competitive with industries in China, Japan and, now – especially with the outsourcing of IT and accounting jobs – in India.

“Now, companies can’t have long assembly runs like they used to. And as soon as they need to have flexibility, then companies start to want to have a workforce that is more flexible, that can be more contingent,” Labianca said.

For employers, the advantages of working with staffing agencies to supply a temporary workforce can be multifaceted.

Businesses can hire temporary workers seasonally or on a project basis, allowing them to flex their workforce to meet demand. They save money by outsourcing all the labor involved in recruiting, screening and interviewing job candidates. And in some instances, especially those labeled as “temp-to-hire” positions, the temporary employee’s time on site can serve as a “trial” period in which the business can see if that worker is a good fit – in terms of skill sets, ability and professional work habits: does she arrive on time, is she responsible? – before potentially hiring her full time. The employer can avoid sinking training and benefits costs into workers who potentially won’t stay or aren’t a good match for the company.

In maximizing these relationships, there are a few caveats employers should consider, noted Jaron Blandford, an employment attorney with McBrayer, McGinnis, Leslie & Kirkland PLLC in Lexington. First, employers should be careful to include precise wording to protect intellectual property rights in drafting any contract they enter into, either directly with an employee or with a staffing agency. Otherwise, they run the risk of losing control of proprietary information or data – so-called “firm-specific assets” – as temporary employees move on to another position elsewhere.

Further, while some employers may be tempted to label temporary workers as “independent contractors” instead of “employees” in order to avoid paying employee benefits and requisite withholding of federal, state and local employment taxes, labeling a true employee as an “independent contractor” inappropriately could lead to severe penalties and fines from both the IRS and the Department of Labor, Blandford said.

Classify workers appropriately, or else

In fact, both the IRS and DOL have stringent, very specific guidelines as to what type of worker may aptly be defined as an “independent contractor,” depending on the types of work being done, who maintains control of the pay rate and other supervisory decisions, etc. Legally speaking, these distinctions are crucial and must be applied appropriately, said attorney Shannon Hamilton, employment service group leader at Stites & Harbison PLLC in Lexington. (See sidebar: Defining Employee versus Independent Contractor)

Other potential complicating or extenuating issues in terms of classifying worker type, job roles and total hours may come into play as businesses grapple with complying by 2015-2016 with the employer mandate section of the Affordable Care Act, which requires all businesses with 50 or more full-time equivalent employees to provide healthcare to their full-time employees, said Betsy Johnson, healthcare service group leader at Stites & Harbison.

Yet, for those businesses that follow IRS and DOL worker identification/classification guidelines appropriately, utilizing temporary workers can be ideal.

Businesses that opt to avoid the demands of hiring temporary workers directly and instead utilize the services of temporary staffing agencies – which are equipped to hire qualified workers and place them into client job sites on a “temporary” basis that in actuality can be full-time, 40-hour-per-week positions for weeks or months – can find the choice not only saves time and money in recruitment but also nets them qualified, motivated employees.

“We specialize in finding employees for our clients who have multiple skill sets,” said Thimke of The Reserves Network. “And from a recruiting standpoint, we’ve done a very good job of working with our clients to help them prepare for their seasonal needs, to make sure that they have the workforce they need to be ready, whether it be a spike in business or production level.”

Workers can find the right fit, too

And for the workers who enter into temporary positions, just the chance to get their foot in the door at a large employer is a great potential springboard to a future career at that company – or simply the chance to see whether or not that job sector or job type is the right fit for them.

For some temporary employees who may be nearing retirement or who have a young family at home to care for, the flexibility of jobs with less than traditional 9-to-5 hours may be appealing. Other temporary workers may take on temporary jobs because the sluggish economic recovery means no full-time jobs are available right now in their fields.

“This economic recovery has been called a ‘jobless recovery,’ so the opportunity for an employee to get back in an industry or skill area that they have been in in the past may be limited,” said Montgomery of Integrity Staffing Solutions. “So there is a need for people to be more flexible and start exploring other career paths.”

Working as a temporary employee allows workers to try new types of positions and broaden their skill sets to make themselves more attractive to future employers, he said.

“For our employees, working with the staffing agency allows them the chance to get their foot in the door at these employers and to see if that field is a good fit for them,” said Kelly Services’ Greene. “The staffing agency is giving them that exposure, screening them, and placing them into positions they are qualified for – positions they may not have successfully been identified for if the company had been burdened with hiring direct with thousands of applications to screen through.”

For some temporary workers, the chance to be exposed to job assignments across an array of new fields or new types of businesses may, unexpectedly, lead to a career path they’d never considered. That was the case for Rod Githens, now an assistant professor of organization development in the University of Louisville’s Organizational Leadership and Learning Program.

Fresh out of college, while planning to enroll in a sociology Ph.D. program, Githens had six months to fill. He got hired on as a temporary employee making $10 an hour and was placed in an HR position. Githens ended up loving the job so much he worked his way up to manager of the department and changed his graduate school focus to human resource development.

Now charged with helping teach ways to maximize human resource potential, Githens notes that one mistake businesses often make when dealing with temporary employees is to not consider them enough in decision-making processes that affect the general workplace atmosphere.

“There’s this assumption at some places that temps are just temps and don’t need to be dealt with as regular employees, or engaged like a regular employee would be. But research tells us that’s a problematic approach in many organizations,” Githens said. “Understanding the motivation of the temporary worker in your organization is very important. As a manager, you need to understand whether that temporary employee is there because they enjoy the flexibility of the temporary position, whether they are there for a short term because their skills are highly specialized (i.e., a consultant), or whether they hope eventually to move into a full-time position with the company.”

Robin Roenker is a correspondent for The Lane Report. She can be reached at [email protected] 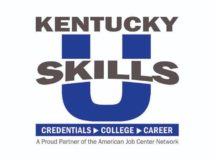 Kentucky Skills U partners with ARH to offer free education and employment opportunities in Eastern Ky.