Home » Motor fuels tax rate to decline by 4.3 cents per gallon on Jan. 1

Result will be less revenue for construction, maintenance of highways, bridges

FRANKFORT, Ky. (Nov. 19, 2014) – Kentucky’s “gas tax” on sales of gasoline, diesel and ethanol motor fuels will drop by 4.3 cents per gallon on New Year’s Day, resulting in a loss to the Kentucky Road Fund of about $129 million on an annualized basis. 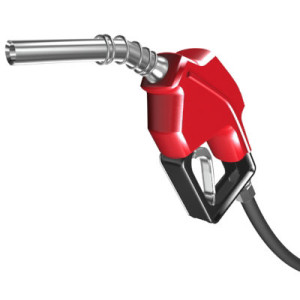 The decrease reflects a drop in the calculated average wholesale price (AWP) of motor fuels, as provided under Kentucky law.

“The gas tax accounts for more than half of the revenue in the Kentucky Road Fund,” Kentucky Transportation Secretary Mike Hancock said. “A loss of revenue is always concerning, but a revenue impact of this magnitude is crippling. It means less money for building, improving, maintaining and repairing our roads, streets and bridges.”

A loss of $129 million would amount to about 6 percent of Kentucky’s highway program, which was forecast to have $2.25 billion in the current fiscal year from all sources, including state and federal motor-fuels taxes and a state usage tax on motor vehicles.

The highway program is a classic example of a user fee system. Rather than being funded through general taxes on sales, income, payroll or property, Kentucky roads and bridges are paid for by those who use them.

The main user fee is the tax on motor fuels, which is paid at the pump and has two components:

The Kentucky Transportation Cabinet relies on the Road Fund for its activities, and a dramatic decrease in motor fuels tax revenue could delay or require cancellation of planned projects. Local governments also would feel the pinch because nearly half of the motor-fuels tax–48 percent–is returned to cities and counties in the form of revenue sharing for local streets and roads.

The state excise tax was enacted in 1920. But in the 1980s, the Kentucky Legislature provided for a variable excise tax as a percentage of AWP of gas, diesel and ethanol fuels.

The variable excise tax rate is 9 percent of AWP, so the tax rises, falls or stays unchanged from quarter to quarter on the basis of a survey of AWP of motor fuels. The survey is conducted by the Department of Revenue in the first month of each quarter (January, April, July and October) and the change in rate–if any–takes effect on the first day of the first month of the following quarter.

For purposes of the excise tax rate, the amount of any increase in the AWP is capped at 10 percent, per year. The Legislature imposed the cap to protect the public at a time when pump prices were skyrocketing. But the Road Fund was not accorded the same protection against dramatic declines in fuel prices. The only limit is a “statutory floor” – a minimum AWP for tax calculation purposes.

When the supplemental tax of 5 cents and underground petroleum tank fee of 1.4 cents are added, the total state tax and fee paid by motorists will be 27.6 cents per gallon, down from the current 31.9 cents per gallon.

The decline in the tax will be the fourth drop in the last five quarters. The decline will have been 4.9 cents–a $147 million annualized impact –since the fiscal year began on July 1.

In testimony this week to the Legislature’s Interim Budget Review Subcommittee on Transportation, Russ Romine, deputy secretary of the Kentucky Transportation Cabinet, pointed out that the January 2015 survey will determine the tax rate for the final quarter of fiscal 2015. Any increase after that would be capped at 10 percent for all of fiscal 2016.

If the AWP declines even more in the January survey, as happened in January 2014, it will take years for the tax rate to recover to the July 2014 level.