LOUISVILLE, Ky. (Dec. 12, 2014) – Researchers with the Child and Adolescent Health Research Design and Support Unit (CAHRDS Unit) at the University of Louisville have begun a study to examine one of Kentucky’s most vexing children’s health issues: the higher-than-average rate of psychotropic medication being prescribed to children in the Bluegrass State. 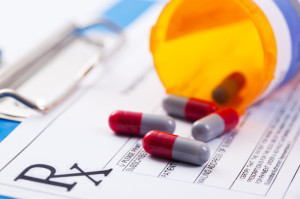 Psychotropic medications (PMs) alter chemical levels in the brain that impact mood and behavior. Antipsychotics, antidepressants, drugs for attention deficit disorder and attention deficit hyperactivity disorder, anti-anxiety medications and mood stabilizers are some of the more commonly used psychotropic drugs. While they produce good results among most patients, they also can cause worrisome side effects in others, and their interactions with each other can create problems as well.

Both statistics are almost twice the national average. Nationally, just 7.4 percent of kids receiving Medicaid and 26.6 percent of kids in the foster care system have been prescribed a PM.

An eight-member team at the CAHRDS Unit, a part of the UofL Department of Pediatrics, is working to find out why these drugs are given to Kentucky children at almost twice the national rate. The team has been awarded a $75,000 Improved Health Outcomes Program grant from Passport Health Plan, the nonprofit community-based health plan administering Kentucky Medicaid benefits to more than 200,000 people statewide.

“Passport Health Plan has a common concern and this grant represents an opportunity, in addition to the programs we already have in place, to address this concerning trend.” said Stephen J. Houghland, M.D., Passport Health Plan’s chief medical officer.

“It’s very concerning to us that the rate of prescribing in Kentucky is higher than the national average,” said Gilbert Liu, M.D., the study’s principal investigator and the chief of the Division of General Pediatrics at UofL. “We also are concerned that children are getting prescriptions for psychotropic medications that are not FDA-approved. Also worrisome is that some children are being prescribed two or more of these very potent drugs.”

“Are these children getting a clear diagnosis?” said Charles Woods, M.D., director of the CAHRDS Unit and vice chair for faculty development of the UofL Department of Pediatrics. “Is there a primary care provider involved? Are they getting the appropriate psychiatric services they need along with these medications? These are the questions we intend to pose in this study.”

Three-phased study will take a year

The year-long study will consist of three phases. The researchers will first assess Kentucky Medicaid claims data to see if prescribing patterns emerge across geographic regions of the state as well as racial, ethnic, gender and socioeconomic class. The first phase also will include an examination of what type of providers are prescribing PMs to children – primary care providers, psychiatrists, pediatricians or others.

During the second phase of the study, the researchers will talk with providers who have higher-than-average rates of prescribing to find out why these higher rates occur. “It could be that in some cases, the higher rate of prescribing is medically warranted,” said Michael Smith, M.D., a clinician and researcher with UofL Physicians-Pediatrics. “However, it also could be that if appropriate psychiatric services are not available, a primary care physician feels this is the only way he has at his disposal to treat children who need these services.”

The third phase of the study will “get to the heart of the matter,” Liu said, in developing informed and thoughtful approaches to correcting overuse of PMs where it occurs. “We do not want to get in the way of providers with their patients,” he said. “However, we believe that with their help, we can provide alternate ways to care for children needing psychiatric services that lessens the need for PMs.”

“In Kentucky, we need to better understand patterns of PM use along with non-drug treatments and monitoring for children receiving Medicaid,” Woods said. Our intent is to develop the best solutions possible for improving the care of these vulnerable children.”

“This is the type of work that calls for a multidisciplinary approach,” Woods said. “Among our group we are fortunate to have clinical and research expertise in general pediatrics, child and adolescent psychiatry, early childhood development, emergency medicine, biostatistics, qualitative data analysis and informatics. We look forward to being able to make a difference for children through our collective efforts on this project.”

Parents with concerns about PM use or those wanting more information about the study can contact Liu at 502-852-3737.

Fruit of the Loom to expand in Bowling Green, create 50 jobs