Murder of New York City policemen is a wake-up call

(Dec. 22, 2014) — The cold-blooded murder of two New York City policemen as they sat in their car is not only an outrage but also a wake-up call. It shows, in the most painful way, the high cost of having demagogues, politicians, mobs and the media constantly taking cheap shots at the police.

Those cheap shots are in fact very expensive shots, not only to the police themselves but to the whole society. Someone once said that civilization is a thin crust over a volcano. The police are part of that thin crust. We have seen before our own eyes, first in Ferguson, Mo. and then in other communities, what happens when there is just a small crack in that crust, and barbarism and arson burst out.

That can happen anywhere. So can what happened in New York. “Send not to know for whom the bell tolls. It tolls for thee.”

It is a painful irony that, on the eve of the murders of these two police officers in New York, some of the city’s police were already saying that, in the event of their deaths, they did not want Mayor Bill de Blasio to attend their funerals.

We can only hope that Mayor de Blasio has some residual decency, so that he will not defile these two officers’ memorial services with his presence. No politician in the country has done more to play the race card against the police and spread the notion that cops are the big problem in minority communities.

But you might never know that from the story told by demagogues who depict the black community as a “colonial” society being “occupied” by white policemen who target young blacks. Mayor de Blasio joined the chorus of those saying that they have to warn their black sons how to cope with this situation.

“What can we say to our sons?” some demagogues ask. They can say, “Don’t go around punching strangers, because it is only a matter of time before you punch the wrong stranger.”

Mayor de Blasio has made anti-police comments with Al Sharpton seated at his side. This is the same Al Sharpton with a trail of slime going back more than a quarter of a century, during which he has whipped up mobs and fomented race hatred from the days of the Tawana Brawley “rape” hoax of 1987 to the Duke University “rape” hoax of 2006 and the Ferguson riots of 2014.

Make no mistake about it. There is political mileage to be made siding with demagogues like Al Sharpton who, as demagogue-in-chief, has been invited to the White House dozens of times by its commander-in-chief.

Such people readily buy the story that ghetto social problems today—from children being raised without a father to runaway rates of murder—are “a legacy of slavery,” even though such social problems were nowhere near as severe in the first half of the 20th century as they became in the second half.

You would be hard pressed to name just five examples from the first half of the 20th century of the kinds of ghetto riots that have raged in more than a hundred cities during the second half. Such riots are a legacy of the social degeneracy of our times.

Calling this social degeneracy “a legacy of slavery” is not just an excuse for those who engage in it, it is an excuse for the ideology of the intelligentsia behind the social policies that promoted this degeneracy.

Let those who have laid a guilt trip on people in our times, for evils done by other people in past centuries, at least face their own responsibility for the evil consequences of their own notions and policies. If they won’t do it, then the rest of us need to stop listening gullibly to what they are saying.

The race card is nothing to play with. It can ruin us all.

CPE announces grants to increase educator diversity across the state 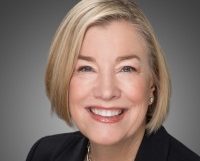 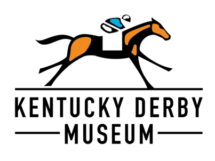 CPE announces grants to increase educator diversity across the state