LOUISVILLE, Ky. (Jan. 6, 2015) — Methamphetamine is more common in places where it’s illegal to sell liquor, according to a study by University of Louisville economists Jose Fernandez, Stephan Gohmann and Joshua Pinkston. 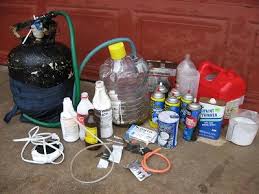 The trio presented a paper titled “Breaking Bad: Are Meth Labs Justified in Dry Counties?” this week at the American Economic Association annual meeting in Boston.

In an analysis of Kentucky data from 2004 to 2010, researchers found dry counties had two more lab seizures per 100,000 residents each year than wet counties.

Bans on selling liquor also “flatten the punishment gradient” and encourage people who are willing to obtain alcohol illegally to also obtain illicit drugs, they found.