LEXINGTON (January 20, 2015) — Lexington city government is focusing on quality of life issues to attract and keep the workforce talent that is central to economic success, Mayor Jim Gray said Tuesday during his annual State of the City speech, at which he pronounced the community’s status to be “strong and promising.”

Gray cited the University of Kentucky as a key to current and future success. UK and the city had a significant point of conflict last year when the university pulled out of and for the time scuttled ambitious plans the mayor had initiated to update the Rupp Arena and convention center complex while creating a massive Town Branch Commons park that would uncover the long buried waterway through downtown along which Lexington was founded in 1775. 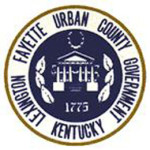 However, Gray and UK President Eli Capilouto dined side by side at the speech luncheon, traditionally one of the largest gatherings of Lexington’s top private and public sector leaders, and smilingly conversed comfortably. During his address, the mayor praised the university’s 12th president, who since arriving in 2011 has initiated more than $1.3 billion in campus infrastructure upgrades.

Without offering details, the mayor thanked UK for working with the city on its stated goal to become a “gigabit city” – offering business and residential customers Internet access service at speeds of 1 Gb or more per second, which is 60 to 200 times faster than typical current service offerings.

UK’s campus – as is the University of Louisville – is connected to the national ultra-high-speed Internet backbone.

Among other accomplishments and goals the Lexington mayor cited were:

Gray said the Lexington budget he plans to introduce next month will include funding to begin planning for a revived Town Branch Commons park project and to rehabilitate the historic former Fayette County Courthouse building in the center of downtown that has been closed for several years due safety issues.