Home » Forecastle Festival to remain in Louisville through 2019

Band lineup to be announced on Tuesday 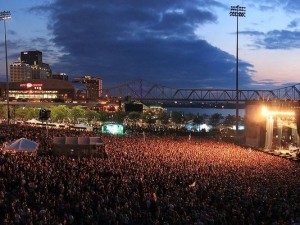 Last year the three-day festival, which celebrates the best in music, art and environmental activism, featured Beck, Jack White, Outkast, Band of Horses, Dwight Yoakum, The Replacements and Spoon among the more than 50 acts that performed.

This year’s line-up is scheduled to be announced on Tuesday.

“The energy and activism of Forecastle is a perfect fit for our award-winning and world-class Waterfront Park, both keep getting better year after year,” Fischer said.

Forecastle Foundation rebuilding and protecting ‘the world’s most natural awesome’