Home » Louisville tourism office says “I Do” to LGBT promotion

Louisville, Ky. – As a supporter of marriage equality and on the heels of the Supreme Court ruling, the Louisville Convention & Visitors Bureau has launched a marketing campaign encouraging LGBT couples to tie the knot in Louisville.

‘Say I Do In Lou,’ which kicked off July 13, spotlights Louisville as a welcoming wedding destination in digital ads across social media.

The campaign culminates with an all-expenses-paid-wedding and weekend getaway (sponsored by the Louisville CVB in partnership with several local businesses) to Louisville Sept. 18-20, 2015. The contest is open to all couples, who are legal residents of the United States, are 21 years old or older at the time of entry, wish to marry as part of the Louisville Pride Festival, and who are able to secure a valid Kentucky marriage license.

The winning couple will exchange vows on the rooftop deck of 8UP Elevated Drinkery & Kitchen (Louisville’s first and only rooftop bar and restaurant) at Hilton Garden Inn Downtown on Sept. 19. Following the wedding, the couple will celebrate their marriage at the inaugural Louisville Pride Festival in what’s being touted as the “World’s Largest Wedding Reception,” as thousands are expected to attend.

To enter the ‘Say I Do In Lou’ contest, applicants just need to create a short video (about 60 seconds or less in length) of you and your spouse-to-be describing your love story (how you met, details of the proposal or why you want to get married in Louisville) and post it on the Visit Louisville Facebook page (www.facebook.com/louisvillekentucky). Click on the ‘Say I Do In Lou’ tab.

Or, you can enter by uploading your video to Instagram (www.instagram.com/gotolouisville) and tagging it #SayIDoInLou.

Submissions will be accepted now through Aug 11. Detailed contest rules are available on the Facebook page at http://lou.ly/2yt.

The public is invited to help pick the winner of ‘Say I Do In Lou.’ From Aug 12-16, you can go to the Visit Louisville Facebook page and vote for your favorite video.

The winning couple will be announced Aug. 19.

Louisville was named One of Six Undderated Cities for LGBT Travelers by Conde Nast Traveler in September 2014, and a Gallup Poll dubbed Louisville One of America’s Gayest Cities in March 2015. 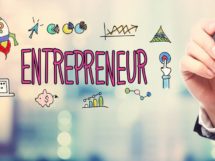