Frankfort, Ky. – Just one day after announcing he would return to private life after his term ends in December, Kentucky Agriculture Commissioner James Comer announced he will run Congress in Kentucky’s 1st District.

U.S. Representative Ed Whitfield, who has held the office for 20 years, announced yesterday that he will not seek reelection. Kentucky’s 1st District, in Western Kentucky, includes Comer’s hometown of Tompkinsville.

Comer ran for the Republican Kentucky gubernatorial nomination, but lost an incredibly close four-way primary race by 83 votes to candidate Matt Bevin. In the May primary, Comer carried all the district’s 35 counties with 55 percent of the vote.

Comer has been the state’s Agriculture Commissioner since 2012. 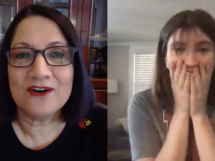