The three-day trip, scheduled from Sept. 10-12, is designed to give Greater Louisville’s community representatives, elected officials, entrepreneurs, education delegates, and business leaders the opportunity to study how selected cities have overcome obstacles and achieved success.

“GLIDE Nashville will focus on the unexpected reasons why pro-business city is able to attract and retain talented professionals, generate hundreds of spin-off businesses, succeed as a top tourist destination, and embrace creativity to craft a vibrant community,” said Kent Oyler, GLI’s president and CEO.

Nashville’s population grew by 29 percent percent in the last ten years—Louisville grew by six percent during that time—and Nashville approved nearly $2.5 billion in building permits in 2015. Nashville’s population is projected to grow by another 16 percent by 2025 and an additional 14 percent by 2035. The growing population mirrors the growing job market which will add around 188,000 positions by 2025 and another 220,000 on top of that by 2035. The top employers in Nashville span a variety of industries such as healthcare, advanced manufacturing, and the food service industry.

Nashville is frequently named a top destination by national media outlets. 13.9 million people visited Nashville in 2016, resulting in $5.7 billion in direct visitor spending, according to the Nashville Convention and Visitors Bureau. The GLIDE trip will explore how Nashville harnesses its reputation as a Music Capital for tourist attraction into sustained economic development.

In the public policy realm, Nashville is one of five large metropolitan areas in Tennessee and those cities frequently collaborate with their state legislators on specific municipal priorities. GLIDE attendees will explore how that collaboration leads to business-friendly policies inside the state’s economic engines. GLIDE attendees will also look into the ways Right-To-Work, comprehensive tax reform, and charter schools have impacted Nashville’s business growth and education climates. 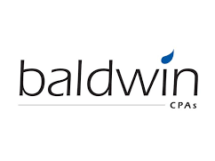 Twists and Turns in the State Budget

Building on Strengths in Aging Care