FRANKFORT, Ky. (June 26, 2012) –The Kentucky Office of Mine Safety and Licensing (OMSL) is investigating the death of a miner in Pike County. An accident occurred at approximately 11:40 a.m. Monday at the McCoy Elkhorn Coal Corp. Mine No. 23. Preliminary reports indicate 33-year-old Farley Sargent was laying track when a rib roll occurred. A rib roll is when a portion of the coal pillar wall falls into the corridor.

This marks the second mining fatality in Kentucky this year. In March, a miner was killed while attempting to repair a canopy when it collapsed. 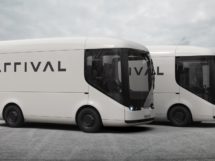