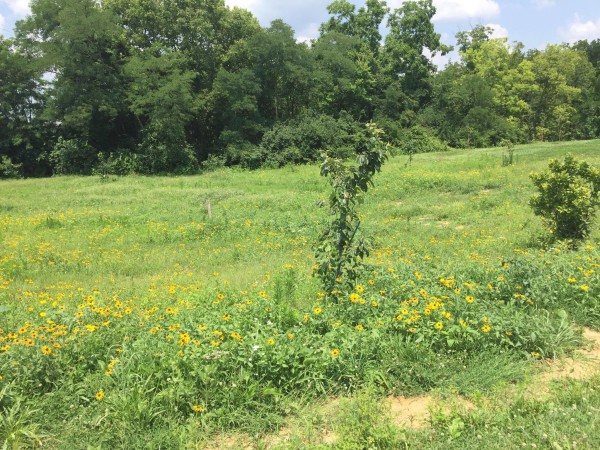 NKU continues its commitment to sustainability by dedicating 4.8 acres as “no-mow zones,” areas of land that will be allowed to return to a natural state.

HIGHLAND HEIGHTS, Ky. (Sept. 1, 2017) — Northern Kentucky University continues its commitment to sustainability by dedicating 4.8 acres as “no-mow zones,” areas of land that will be allowed to return to a natural state.

“No-mow zones” are cost-effective, sustainable alternatives to the traditional grass lawn. Creating these zones also has positive environmental impacts. This helps reduce the University’s carbon footprint by decreasing the use of fertilizers and gas-powered lawn mowers and creates habitats for native species, and reduce soil erosion.

“Converting several low-visibility lawns on campus to no-mow zones will allow the grounds crew to re-allocate time to higher visibility areas,” Tess Phinney, NKU Sustainability Manager said. “NKU is among the first in our region to specifically designate areas that were once mowed lawns as “no-mow zones” for the purpose of reducing our carbon footprint and allowing native flora and fauna to return.”

Earlier this year, NKU released its 2017 Sustainability Strategy to guide the University’s environmental sustainability initiatives through 2022. NKU committed to achieving carbon neutrality by 2050 when the University became a signatory of the American College and University Presidents’ Climate Commitment in 2007.