Forging a career path for most young people typically involves one location and a “ladder” to climb. But for Lexington native Brittany Ross, 27, achieving a traditional “career” like her peers was not really possible – but the results she’s creating are changing lives around the world.

Ross is married to Major League Baseball player and high school sweetheart Robbie Ross Jr., 28. Theirs was a privileged but nomadic lifestyle that brought struggles with anxiety, loneliness and heartache. Ultimately, though, she created a unique path that took advantage of her position as the wife of a professional athlete.

Advantaged is not a word Ross would have previously used to describe her role. The couple is typically home in Lexington less than half of the year. She and her husband, who currently is recovering from back surgery, grappled with making their itinerant life work – not able to put down roots anywhere.

“Looking back, I had zero idea what I was getting myself into,” she said about marrying a professional athlete. “I remember we had the draft party and he got drafted (by the Texas Rangers organization) and everything went as planned. I was naive and thought it was great. I just had no idea what he was doing, really.

“I stayed here the first year of marriage, and he was in minor leagues at Myrtle Beach, S.C.,” she said. “Every weekend I drove down there. It was very hard.”

After a year of non-traditional newlywed life in 2010, she decided to follow her husband wherever he went, but that still didn’t take away her inner turmoil. He then got a Big League invite and went to play with the Texas Rangers, and the question became “Where do we live tomorrow?” recalled Brittany.

“All the joy everyone was telling me I should have, I had none of,” she said. “I was so anxious. I felt like a newborn thrown out into the ocean and told to swim.”

Robbie added, “Everyone told us it was a good problem to have. I remember thinking ‘I’m living my dream now, and going to be able to support us financially for a long time. I finally am able to do what God has called us to do.’ ”

However, that meant half the year was spent on the road living out of suitcases. Brittany dropped out of University of Kentucky and worked some as a wedding planner.

“I was so desperate for an identity outside of Robbie,” she laughed. “I was not a girl who grew up thinking I’m going to get married and have babies. I’m an independent woman; I was not OK that first year. And I was really lonely; he was on the road all the time and we were in new places where I didn’t know anyone.”

She dove into a yoga practice, became more intentional about her needs and took opportunities to travel the world. The couple – with Brittany at the reins – then realized they wanted to take nonprofit work more seriously. And this is when she found a niche that was not bound by a sense of place.

In 2012, they started Mission 108, working with impoverished communities in Lexington, and ultimately turned it into a 501(C)3 in 2016. After taking a 2012 mission trip to Ethiopia in East Africa, she connected with the international nonprofit Ethiopia Smile.

“I asked Robbie if he would want to go (to Ethiopia), thinking this would not fit in with our lifestyle – the last thing he wants to do in the offseason is travel more. But he said ‘yes’ and that started it all,” she said. “He pulled teeth in Ethiopia, and he loved it. This was the dream that had been planted, and I had no idea what it was going to manifest into. God put mission trips in my way, and I was traveling internationally after that every six months.”

Today she calls her initial unhappy times “such a blessing.” Robbie had to step back to the minor leagues before joining the Boston Red Sox in 2015. In off-season travels they saw firsthand the devastating effects of human trafficking around the world. It led Brittany to take a trip to Uganda with other MLB wives to see for themselves the extreme suffering victims underwent.

“Coming home from that trip, I couldn’t stop thinking about girls and women and how our culture and theirs treated women,” she said. “There were no girls in the village we were in. All the girls had been trafficked. It bothered me in a way that was different than any other.”

She threw herself into studying human trafficking and building a support network. Now the couple takes college and professional athletes on mission trips. They financially support a safe house and aftercare program in India for women rescued from brothels.

When opportunities for Ross Jr. to give back present themselves, “he doesn’t question it at all.” Sports success has created avenues to meet with other people who are like minded. Beyond providing additional financial support, Robbie’s peers say, “I really want to come with you. I really want to be on the front line with this.”

And it makes an impact.

“They come back with their eyes opened and changed, and they become advocates,” Ross said. “Once you see something, you can’t unsee it. And they also experience the girls who have been completely restored; it just does something to your soul.”

Much of the trafficking prevention involves keeping girls in school, as education is key to the reversal of abuse and poverty. The couple plans to expand Mission 108 in places like the Dominican Republic that have strong baseball connections. They continue financial support of aftercare and prevention in India. In late 2017, a golf scramble fundraiser they hosted in Central Kentucky brought the safe house to 100 percent funding.

“I can’t ever see myself stepping away from this,” Brittany said. “We’ll be doing this for many, many years to come.”

She plans an ambassador program, taking more teams abroad, and to launch wellness based “vision trips.”

“I really arrived at [giving back] from a selfish place and an identity crisis; that’s really where I found myself,” Brittany said. 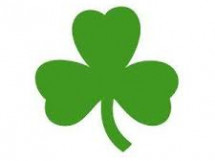 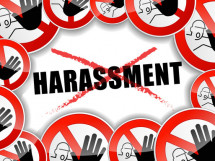 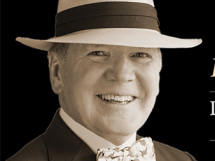