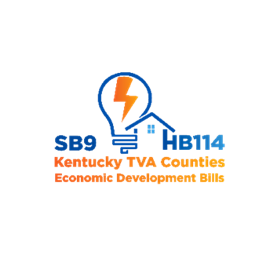 As a publicly-owned utility created by the federal government, the Tennessee Valley Authority is exempt from taxation, but instead makes payments to the Commonwealth of KY. KY House Bill 114  adjusts the TVA in-lieu-of tax payment formula to ensure more dollars from the payments stay in the 39-county region for economic development needs. HB114 creates a framework for distribution and oversight to ensure funds are used for job-attracting activities like land prep for industrial sites, infrastructure upgrades, or for matching federal, state, or grants.  The new law provides $2 million to be divided between the 39 counties in Fiscal Year ‘18-‘19, then $4 million to be divided between the counties in Fiscal Year ‘19-’20 and $6 million beginning in ’20-’21 and each fiscal year after.  These investments come at a critical time as communities must continually ready sites and upgrade critical infrastructure to attract business and create jobs.

“For a number of years, a broad coalition has advocated for this transformative legislation,” said Matt Tackett, President and CEO of the Kentucky Association for Economic Development.  “Economic developers in the 39 counties are even more excited about what the future holds for their communities. Rep. Bart Rowland, Senator Stan Humphries, Chairman Steven Rudy, and the KY TVA Counties delegation came together and delivered.  The entire Commonwealth will benefit from this investment in attracting and growing jobs.”

A large coalition of 19 lawmakers, led by Rep. Bart Rowland championed the bill in the House of Representatives.