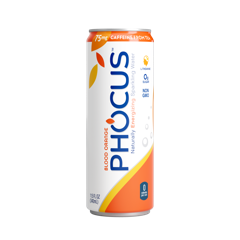 LOUISVILLE, Ky. — Louisville-based Phocus has signed a deal to have its caffeinated sparkling water – which features no calories, sugar or sweeteners –  distributed to Publix stores across the Southeast.

Beginning this month, Publix shoppers in more than 700 stores in Florida, Georgia, Alabama, North Carolina, South Carolina, Tennessee and Virginia can find some of Phocus’ most in-demand flavors, including blood orange, peach and cola, which won “Best New Product” in BevNET’s Best of 2020 Awards.

The deal comes on the heels of the March announcement of similar distribution agreements putting Phocus in 200 Albertsons stores, 70 Fresh Thyme locations and various other natural food stores. Together, the recently inked deals have added more than 1,100 retail locations to Phocus’ bricks-and-mortar distribution in the past four months alone. In total, Phocus is available in nearly 3,200 stores across the country.