Home » Exploring Kentucky: Make a Beeline for the B-Line 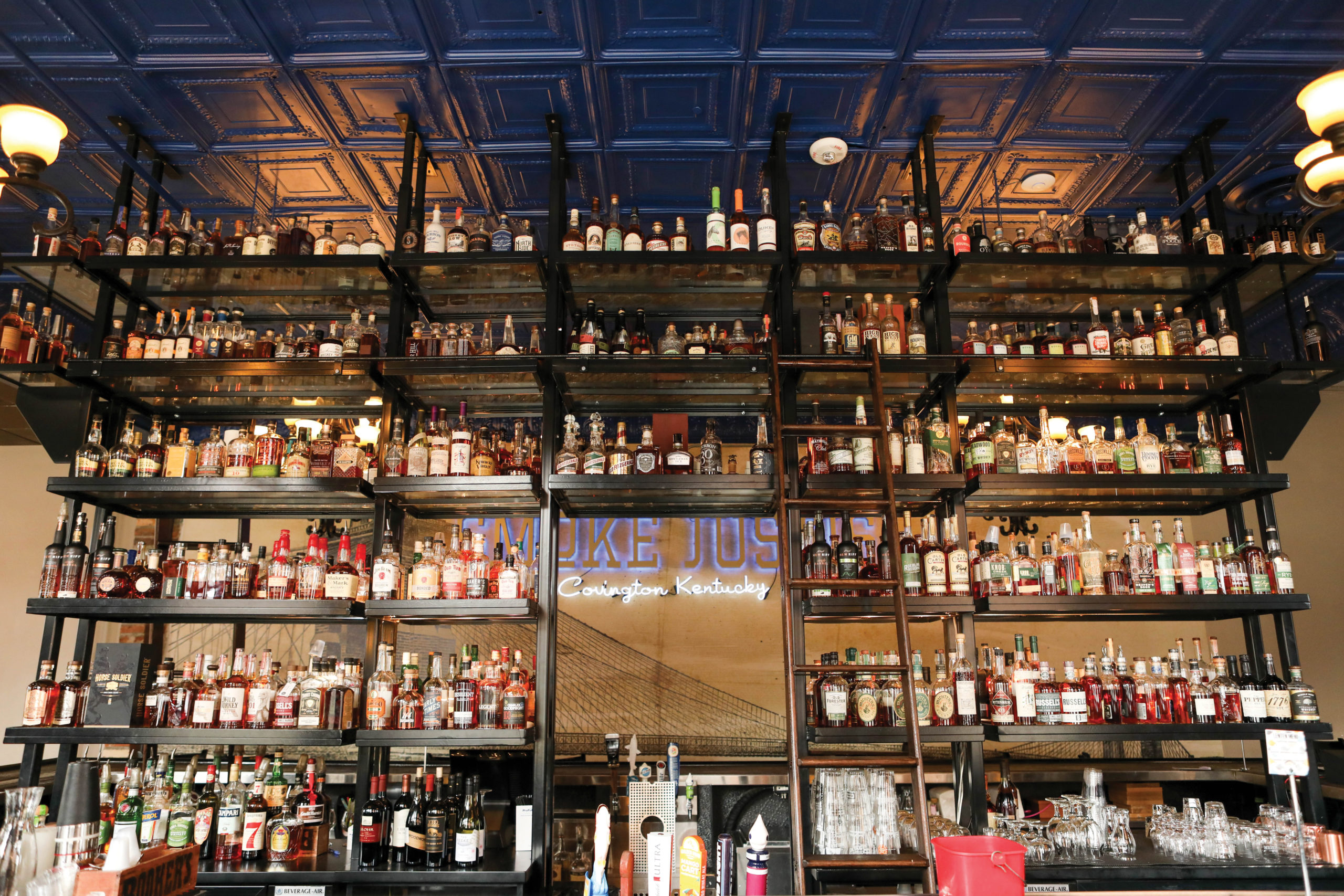 As a Kentucky native and a bourbon fan, I know for sure that the commonwealth distills the best bourbon and always will. Period. Am I prejudiced? No doubt. But with good reason.

Distinguished Master Distiller Booker Noe, sixth-generation distiller and grandson of Jim Beam, introduced me to his namesake Booker’s at lunch one day. Having only tasted a rotgut bourbon at the time I had the privilege of meeting him, I declined his offer of a little pre-lunch libation and told him why. Without missing a beat, the gentleman said, “Honey, you haven’t tasted my bourbon. Let me fix you a little Kentucky Tea.”

He did. He was right. Mr. Noe made a bourbon aficionado out of me and Booker’s will always be my favorite.

That said, no matter how many distilleries open in any number of states, the Bluegrass State provides the true bourbon experience. Northern Kentucky in particular continues to step up to the bourbon plate in a big way. Early 2018 saw the opening of The B-Line, short for “The Bourbon Line,” the border formed in the area by the Ohio River, which transported the first bourbon throughout the country. This collection of five Kentucky Bourbon Trail Craft Tour distilleries includes eight bars—all named by Bourbon Review as the Best Bourbon Bars in America—and six restaurants offering a selection of bourbon and bourbon-centric dishes.

All B-Line distilleries feature tours and tastings. Following is just enough about each of these to whet your desire to head north and wet your whistle.

Since 2014, New Riff Distilling in Newport has created a “new riff” on bourbon. The nation’s first consumer protection law, the Bottled in Bond Act of 1897, was passed to assure that a bottle of whiskey was not an adulterated product. The spirits distilled at New Riff are bottled in bond but without chill filtration. That fact makes it “new.” In other words, the distillery follows “the time-honored sour mash Kentucky regimen” in crafting a range of whiskeys with its own spin on the process.

The Pogue family has been crafting bourbon in Mason County for more than 150 years. A short drive from Maysville, the Old Pogue Distillery sits on a bluff that overlooks the Ohio River Valley. The current owners, fifth- and sixth-generation Pogues, make bourbon and small-batch rye.

Though Boone County Distilling Co. has been making fine Kentucky bourbon since 2015, its roots reach back hundreds of years, when Boone County was king of the bourbon industry. The distillery first opened in 1833 in Petersburg, Kentucky, and was re-established in Independence six years ago. Take a tour and learn why this business honors its history by declaring their bourbon to be made by ghosts, then sip its finest in an elegant tasting room.

Add a little more historical color to your experience at family–owned and operated Neeley Family Distillery in Sparta. Nine generations of Neeleys made moonshine in the Kentucky mountains before 10th-generation Royce Neeley decided to pay the required government taxes and open a distillery.

“We have as much illegal history in this state as the Beams have legal,” he declares in an entertaining website video. Using his forefathers’ recipe, he now makes bourbon, whiskey and moonshine—the latter in a raft of flavors, including sweet tea and chocolate truffle.

And finally, Second Sight Spirits, an artisan distillery in Ludlow, produces bourbon, premium rum, moonshine and whiskey. Its still is also a work of art, complete with a turban-wearing swami and a crystal ball–a play on “second sight” and “spirits.” After a tour, visitors can relax in a lounge that features its spirits in cocktails and coffee drinks.

Perhaps the toughest decision on the B-Line can be where to eat and chill with a fine bourbon or bourbon cocktail. And to add to your choices, on June 14 (in conjunction with National Bourbon Day) the B-Line announced the addition of four new stops: Smoke Justis and Libby’s Southern Comfort, both in Covington; Three Spirits Tavern in Bellevue; and The Beehive Augusta Tavern.

Named to honor an early 1900s player in the Major League Baseball Hall of Fame, Smoke Justis, located at the foot of the Roebling Bridge, is all about smooth bourbon, smoked meats, craft beer and live music.

Only a mile from downtown Cincinnati and several blocks from New Riff Distillery, Three Spirits Tavern serves beer, wine, spirits and food in a Bohemian atmosphere.

Wind along scenic Route 8 to the circa 1796 Beehive Augusta Tavern for farm-to-table dining, live entertainment, and a magnificent selection of bourbon to sip while gazing at the Ohio River.

You don’t even have to enjoy bourbon to have a ball on the B-line. There’s so much to see, do and taste. To score cool bourbon swag, download a digital passport at thebline.com or stop by one of the B-Line stops and nab a paper copy. Then visit two distilleries, two restaurants and two bars, and voila! You get free glasses, T-shirts, hats and other B-Line souvenirs.

Uber and Lyft offer discounts to folks doing the Line, so you can hire them to be your designated driver and sip to your heart’s delight. Yet another option is to hire TourWithUsKY, a boutique transportation service provider.

One on One: Turning Appalachia into Ag-Tech USA
Spotlight on the Arts: Examining Democracy in America