From the start of the delayed 2020 Olympics, Kentucky Wildcats were breaking records with a school-record 22 athletes participating in The Games. The number of UK athletes alone was larger than delegations from 106 countries, territories, and principalities vying for medals in Japan. 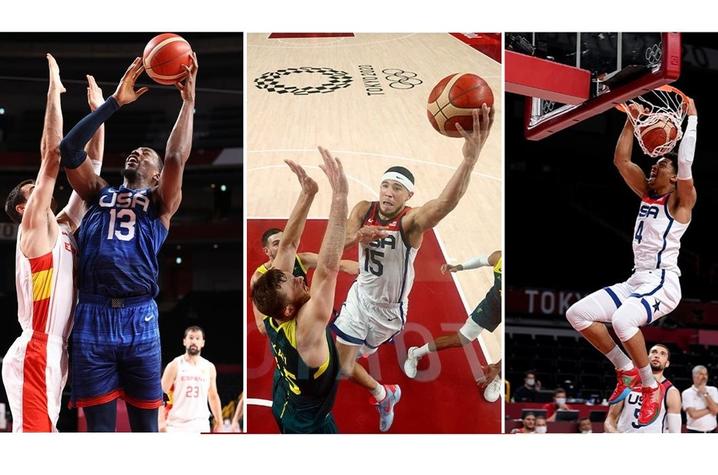 Photos courtesy of UK AthleticsAnd not long after the opening ceremony, UK rifle’s Will Shaner became the first Wildcat to medal in historic fashion. Not only did Shaner win gold, but it was the first-ever for the Americans in men’s air rifle and came after the three-time UK All-American set an Olympic record score in the final. And before leaving Tokyo, the Gatton College of Business and Economics senior from Colorado Springs, Colorado, placed sixth overall with teammate Alison Marie Weisz in a mixed air rifle competition.

More records were broken as track and field took center stage. Alumna Jasmine Camacho-Quinn would strike gold next for Puerto Rico with fellow track and field alumna and silver medalist Keni Harrison, a community and leadership development graduate of UK College of Agriculture, Food and Environment, on her heels in the 100-meter hurdles final. Camacho-Quinn, a native of Charleston, South Carolina, earned the Olympic record in the 100m hurdles semifinals (12.26) around 16 hours before her gold medal performance (12.37).

The next record to fall came in the Olympic 400-meter hurdles when track and field alumna Sydney McLaughlin of Team USA won gold with a new world record of 51.46. The previous world record also belonged to McLaughlin after she ran 51.90 at the U.S. Olympic Team Trials. To close out the Olympic track and field competition and celebrate her 22nd birthday in spectacular fashion, McLaughlin teamed up with Team USA’s Allyson Felix, Dalilah Muhammad, and Athing Mu to bring home gold in the 4×400-meter relay. McLaughlin, of Dunellen, New Jersey, is only the second Wildcat to win two medals in the same Olympics.

In track and field, UK alumna Javianne Oliver and Team USA teammates Jenna Prandini, Gabrielle Thomas and Teahna Daniels won a silver medal in the 4×100-meter relay at the Olympics. The medal earned by Oliver, a public health graduate from Monroe, Georgia, was the fifth medal on the track for a Wildcat.

The final three gold medals for Wildcats came on the basketball court. Bam Adebayo, Devin Booker and Keldon Johnson, a quarter of the USA Basketball Team in Tokyo, helped lead the Americans to their fourth consecutive gold medal with an 87-82 victory over France on Friday at Saitama Super Arena in Japan.

With Adebayo, Booker, and Johnson’s medals and McLaughlin’s second gold on Aug. 7, UK finished the Olympics with a school-record 12-medals — eight gold, three silver, and one bronze. Previously, the men’s basketball program held the record with nine medals in 1948. With a dozen medals, if UK was matched against countries medaling at The Games it would make the top 20. And according to Twitter account Olympians Made Here, UK tied for seventh in U.S. colleges earning medals in Tokyo.

In addition to the 11 Olympic medalists, 11 other UK students, alumni, and staff competed in Japan. The other Wildcats making Big Blue Nation proud in Tokyo were: