FRANKFORT, Ky. — Buffalo Trace Distillery’s renowned tour guide, Freddie Johnson, was ceremoniously presented a check from Freddie’s Old Fashioned Soda line at the Green Hill Cemetery in Frankfort. The check, totaling $11,872, will be used towards the refurbishment of the cemetery. 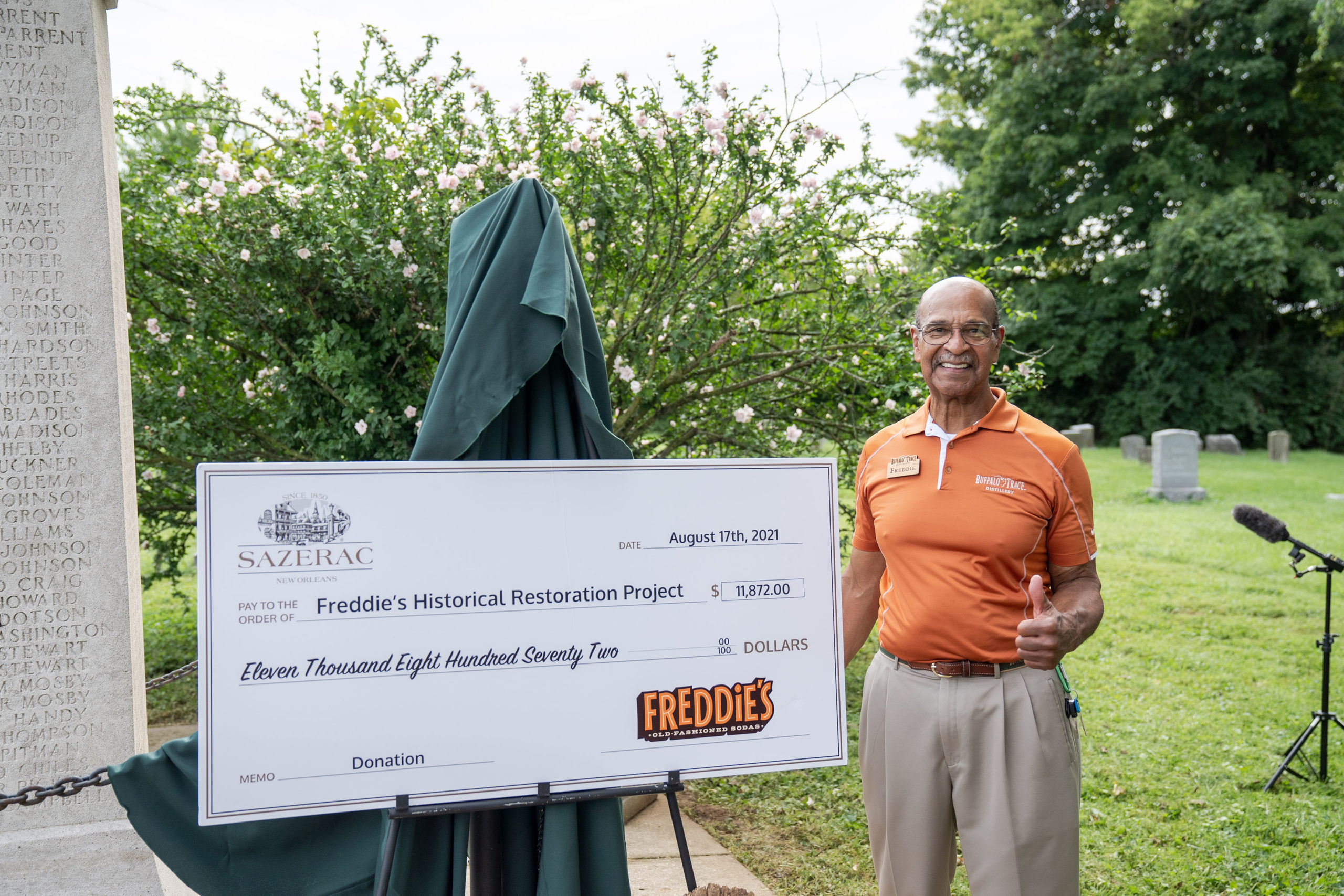 When the Distillery recently rebranded its root beer to name it after its world-famous tour guide, Freddie’s Old Fashioned Root Beer was born, and soon Freddie’s Ginger Ale and Ginger Beer joined the family. After being approached by the company, Johnson suggested a portion of the proceeds from his namesake line be donated to the Green Hill Cemetery, a non-profit organization close to Johnson that has family members buried there, and who has been involved with the Cemetery for years.

The Green Hill Cemetery, which is operated by a board of volunteers, including Johnson, has been in need of more funding for years. Johnson announced at the check ceremony that he is thrilled to be able to utilize the soda proceeds to restore the cemetery.

Green Hill Cemetery, which was established in 1865, is home to Kentucky’s only monument honoring the nearly 25,000 Black Kentuckians who served in the United States Colored Troops during the American Civil War. Additionally, a corner of the cemetery is reserved for Franklin County’s pauper burials.