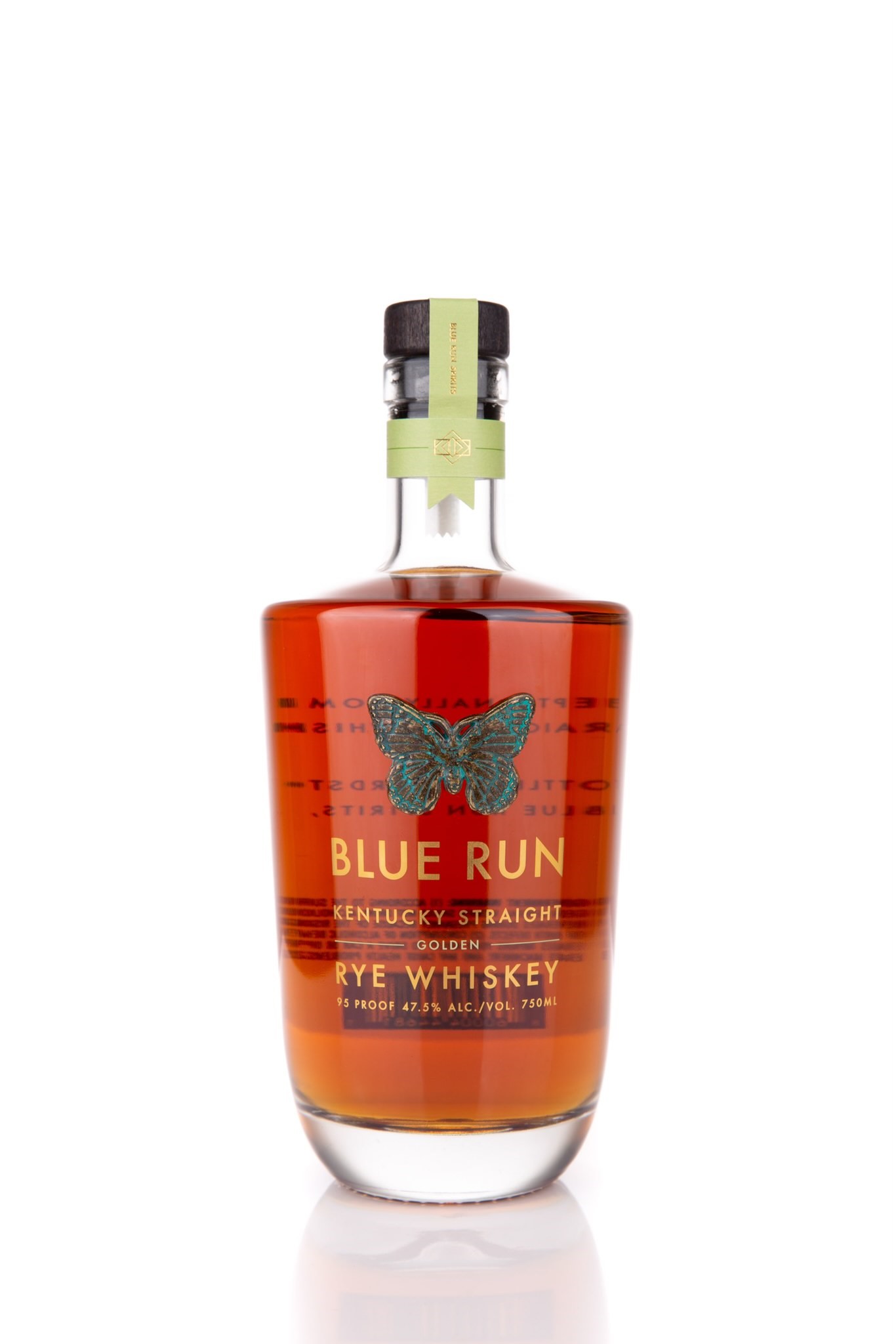 Blue Run Kentucky Straight Golden Rye Whiskey is a small-batch whiskey coming from just 91 select barrels, bottled at a very approachable 95 proof. Each bottle, adorned with an oxidized version of the Blue Run’s signature viceroy butterfly emblem, can be individually identified through a green neck strip with gold accents indicating the bottle number and the date it was bottled.