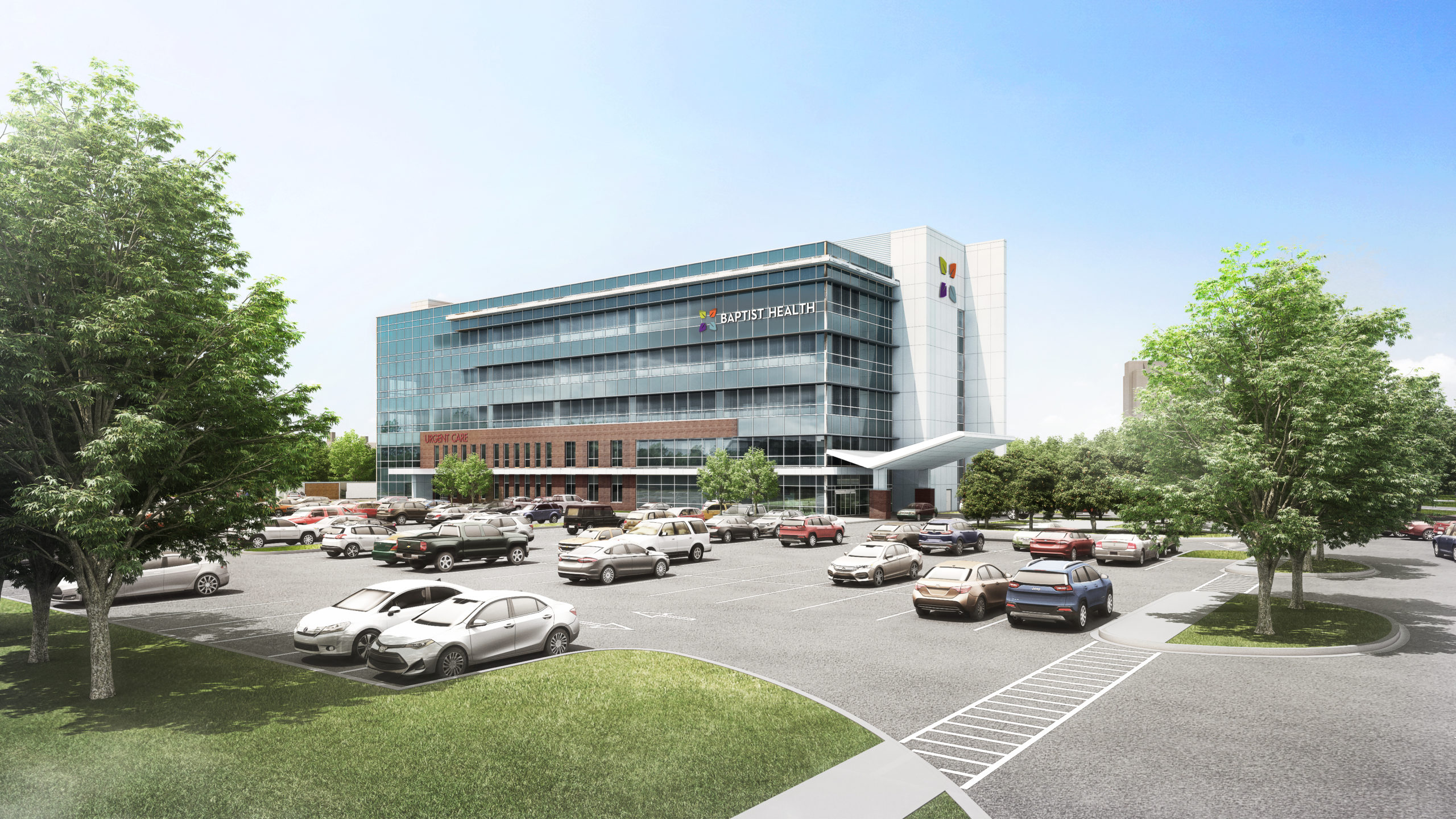 The groundbreaking ceremony included comments from Gov. Andy Beshear who discussed the impact the project will have on health in the state of Kentucky.

“Health care is a human right. Breaking ground for this new facility is an important milestone both for Baptist Health and for all of the families it will serve from Louisville and the surrounding region,” said Gov. Beshear. “When we invest in greater health care access, we are investing in our future and building a better Kentucky.”

“In addition to new services we will add with the proposed development, the relocation of current physician practices from the hospital campus will allow us to enhance patient care by increasing our number of specialty physicians and improving hospital access for those physicians,” said Larry Gray, President of Baptist Health Louisville. “It all amounts to more and better care for patients.”

Construction on Baptist Health Breckenridge will be completed over a two-year, phased plan. The developer and owner of the project is an affiliate of The McMahan Group. Key partners in the project include TEG Architects of Jeffersonville, BTM Engineering, and Abel Construction of Louisville.