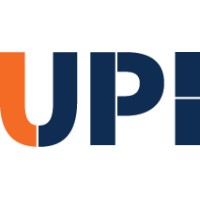 UPI will relocate to a 108,000-square-foot facility on nearly 13 acres in Lanes Run Business Park in Georgetown. Planned construction is expected to begin in February 2022 and be completed by April 2023. The expanded state-of-the-art operations will allow UPI to prefabricate customized piping and equipment to be installed at manufacturing facilities throughout the United States. UPI currently serves a variety of Kentucky’s top industries including automotive, chemicals, manufacturing, financial institutions and health care.

The project will be a relocation of two existing operations in Lexington. Company leaders expect the consolidated site will retain the company’s existing 53 Kentucky employees, and new job creation will include pipefitters and metal trades, workers. The project also contributes to rising wages in the commonwealth, with an expected average hourly wage of $51 including benefits.

“For 17 years, our talented Kentucky team has provided UPI customers around North America with the highest quality piping assemblies,” said UPI President Joseph Kaiser V. “We’re excited to not only grow this workforce, but proud to provide them with the most sophisticated manufacturing space to perform their craft. Importantly, this investment reflects our faith in the community and their continued contribution to our success.”

Troy, Michigan-based UPI is wholly owned by Gallagher-Kaiser (GK). Founded in 1952, GK is a privately owned, highly experienced corporation that serves as a global leader in the engineering, procurement and construction of complete paint finishing systems, HVAC systems and industrial buildings.

UPI’s investment and planned job creation further recent economic momentum in the commonwealth, as the state builds back stronger in response to the effects of the pandemic.

To encourage investment and job growth in the community, the Kentucky Economic Development Finance Authority (KEDFA) in December preliminarily approved a 10-year incentive agreement with the company under the Kentucky Business Investment program. The performance-based agreement can provide up to $350,000 in tax incentives based on the company’s investment of $12.76 million and annual targets of:

Additionally, KEDFA approved UPI for up to $350,000 in tax incentives through the Kentucky Enterprise Initiative Act (KEIA). KEIA allows approved companies to recoup Kentucky sales and use tax on construction costs, building fixtures, equipment used in research and development and electronic processing.