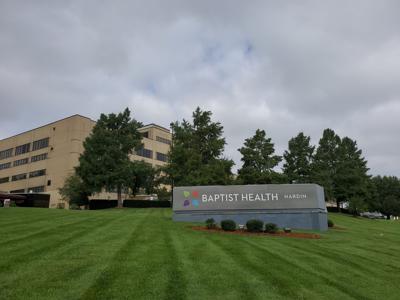 Dr. Brown’s work has been published in peer-reviewed medical journals such as the Journal of the American Academy of Dermatology, Journal of Drugs in Dermatology and International Journal of Dermatology. Over the years, he has volunteered for skin cancer screening clinics at venues such as Baptist Health Hardin, the Kentucky State Fair and the Medical College of Georgia. He also currently serves on the Advisory Board for Forefront Dermatology, on the Board of Directors for Clarity Solutions, as an elder at Southeast Christian Church and as a member of the Heartland Winds Community Band.

Youngblood is a retired educator who spent two decades working for the Elizabethtown Independent School District as a teacher, library media specialist and media consultant. She earned her Master of Library Science from Western Kentucky University in 1991.

In 2012, Youngblood was appointed by former Kentucky Governor Steve Beshear to serve as the Kentucky Commissioner for the Interstate Compact on Educational Opportunity for Military Children, a role she took on for two years. She also served as the strategic planner for Kentucky Base Realignment and Closure (BRAC) with the Kentucky Commission on Military Affairs from 2009 to 2013.

Youngblood recently completed two terms on the Hardin County Public Library Board of Trustees. She also served on the City of Elizabethtown’s Civil Service Commission from 2015 to 2019. She is the recipient of the Hardin County Citizenship Award and the National School Board Association’s Civil Star Award.

Dr. Brown and Youngblood are replacing Garry King and Fred Clem on the board, both of whom are Hardin County magistrates. King and Clem recently completed 16-month transitional terms on the board to provide a seamless changeover from the Hardin Memorial Health (HMH) Board of Trustees to the newly-formed Baptist Health Hardin Board of Directors.