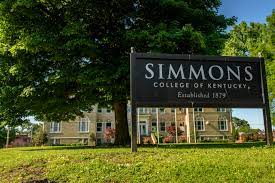 LOUISVILLE, Ky. — The Stewart agency, now celebrating its 50th year in business, has announced a historic and fitting real estate transaction that will return one of Louisville’s most noted structures to the community for which it was built. The company has sold its longtime headquarters – The Schoolhouse – to Simmons College of Kentucky.

The Schoolhouse building was the first school built in Kentucky with public funds solely for the education of Black students. Stewart purchased the building in 1980.  Simmons College is the only HBCU (Historically Black College or University) in Louisville. The Schoolhouse Building is located at 550 West Kentucky Street in Louisville.

The public school was founded in 1873 as the Central Colored School. It would serve several purposes, including a cultural and educational center for the city’s Black community until 1894, when the school had to be relocated due to overcrowding.

In 1917, the building was renamed to honor kindergarten pioneer Mary D. Hill and continued to serve as an educational facility until 1970. When it was discovered by Dan Stewart, it sat vacant and was scheduled to be razed in the succeeding months.

Stewart was determined to revive both the building and its history. He was able to salvage a few artifacts that helped tell the building’s story, in hopes that it would never be forgotten.

Simmons College plans to use the building to provide office space for the National Baptist Convention of America, International, Inc., which has relocated its headquarters in Louisville. The college has a rich history of its own, chartered in 1873 and founded in 1879 as the Kentucky Normal and Theological Institute and then named State University.

Renamed Simmons University in 1918 after Dr. William Simmons, the school’s second president, it went through several changes – some created by the Great Depression in the 1930s. It was in 2005 when Dr. Kevin Cosby was named president of Simmons College of Kentucky. The original campus was reacquired, accreditation secured in 2014, and the school was formally recognized in 2015 by the U.S. Department of Education as a member of Historically Black Colleges and Universities.