Home » Why Banks Are Looking for Loans

Kentucky bankers who worried pre-COVID about having enough money to lend are in a flipped script scenario now. With pandemic stimulus programs having created a flood of deposits in 2020-21, bankers’ hours are spent today making loans to businesses and home buyers.

Banks in Kentucky and across the country are cash rich in the wake of the federal government’s Paycheck Protection Program (PPP) loans, which flowed to businesses and their employees, and the three rounds of economic stimulus checks that provided assistance to millions of Americans as the country struggled with COVID-19.

Banks create new money when they make loans because the original deposit continues to be spendable cash for that account owner while loan proceeds become spendable cash for recipients—a process conducted with oversight from state and federal regulators. Loan interest is banks’ major revenue stream.

A striking number from early in the pandemic provides even more context: When government checks began flowing into banks in April 2020, U.S. deposits exploded by $865 billion, a monthly total that exceeded the amount for any year on record, according to reports by CNBC and businessinsider.com.

There were two more rounds of stimulus checks and two rounds of PPP loans.

Now, at a time when inflation is surging and interest rates are expected to begin rising in March, bankers face questions about what to do when loan demand doesn’t keep pace with deposit growth.

“Oh, there’s no question that that’s an issue,” said Tim Edwards, executive vice president of Cumberland Valley National Bank, which is headquartered in London, Ky., and has 13 other offices.

Most banks simply weren’t prepared for a sudden tsunami of cash.

“You’ve got all this money,” Edwards said. “It’s great to have deposits. You want it, but it takes time to deploy it properly.”

Cumberland Valley reported a 43% increase in deposits in the three years from pre-COVID 2019 through 2021—the latter being a COVID-all-the-time year when the bank reported $662 million in deposits. The increase in “demand deposits”–checking and savings accounts—was even more dramatic, up 80% to $229 million for those same three years, he said.

Pittsburgh-based PNC Bank, the seventh largest in the country with assets of more than $462 billion and 75 branches in Kentucky, reports that large banks felt the government’s infusion of cash also.

Loan-to-deposit ratio
Even though PNC’s lending shot up 19% last year to more than $288 billion, the sky-high deposits had a huge impact on the bank’s loan-to-deposit ratio—how much of the deposits are being deployed as loans, which generate income. In pre-COVID 2018 and 2019, the bank was lending out 84% of deposits. By the end of 2021, that number had diminished to 63%, the bank reported.

Bankers commenting for this article said skyrocketing deposits sent them scrambling to find either more borrowers or hunt for rock-solid investments so deposits wouldn’t languish on their books without earning a nickel.

When they don’t close deals on a loan—or several hundred loans—with deposited money, bankers said they often put assets into U.S. Treasury bonds and mortgage-backed securities because they are highly secure investments.

“That’s pretty much the case for all banks, regardless of their size, and we’re a large community bank,” Gooch said.

PPP “created all kinds of additional revenue and created additional customers for us,” Gooch said. “Many of the larger banks were not as willing to take care of what they considered small PPP loans. We made a number of (PPP) loans of $250,000 to $500,000, which we consider to be in our sweet spot.”

Community Trust does strong commercial loan business. For the last 13 years, Gooch said, the bank has been the No. 1 Kentucky-based bank for originating U.S. Small Business Administration (SBA) loans.

Deposits that couldn’t be transformed into a loan were invested in mortgage-backed securities and Treasury bonds, which fattened the bank’s investment portfolio by some $800 million, Gooch said.

But there was a downside.

“Our loan/deposit ratios are much lower than they were before the COVID pandemic hit. We would like them to be in the 90-95% range. They’re not near that high now. Going into COVID they were about 90%,” he said. “At the end of ’20 they dropped to 81%. At the end of 2021 they were 73%. That shows you how much more we had in deposits relative to loans.”

The bank typically earns 3 percentage points more on a loan than it will when the money is invested in a Treasury note or a mortgage-backed security, Gooch said.

The yield on bonds in recent years, Edwards said, has been less than 1%, so lending deposits can improve the bank’s return by two to three percentage points.

“Loans fundamentally make higher rates of return” than other assets for banks, said Dianna Preece, professor of finance with the University of Louisville College of Business.

“Treasury bills have too low a spread to keep all bank deposits there,” Preece said. Small T bills’ spread are a big reason banks have increased fee charges, she said.

There are, however, plenty of restrictions about how banks can use deposits.

“For example, I can’t go out and buy a bond from Microsoft or Ford or AT&T,” said Edwards. Cumberland Valley typically invests in bonds guaranteed by the government. 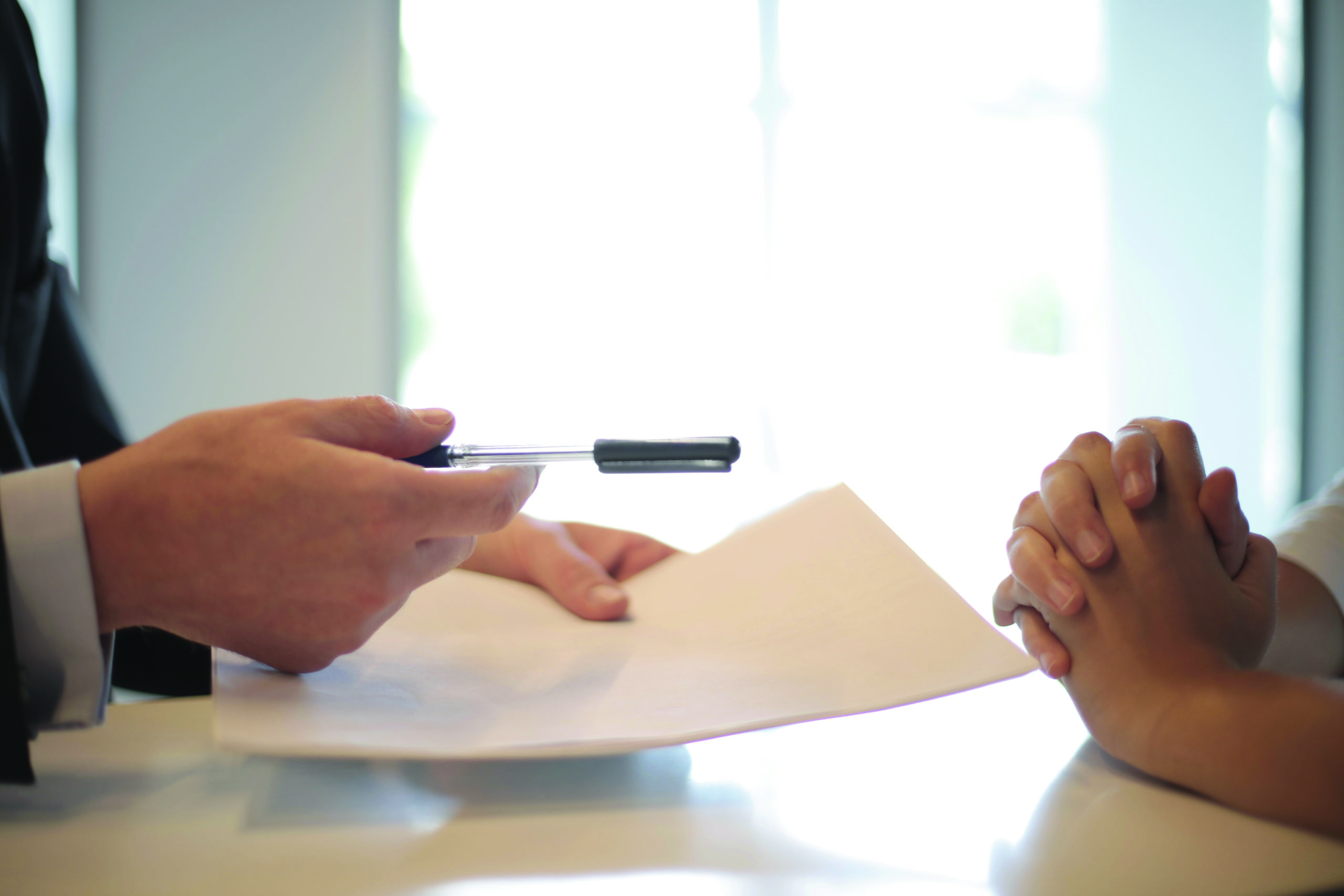 In general, bankers said they are most comfortable when somewhere between 75% and 85% of their deposits are earning interest income as a loan. They acknowledged, though, that the ratio has fallen well below that target in the last couple of years.

Brandon Fogle, the northern region president for South Central Bank in its Elizabethtown office, agrees about banking’s challenge after two years of the pandemic.

“There was a tremendous amount of stimulus that flooded every bank. You can see that by our loan-to-deposit ratio,” said Fogle, whose bank typically wants to have at least 85% of its deposits lent out. That figure stood at nearly 88% in 2019, then fell to 85% the following year and went to just under 77% in 2021, Fogle said.

Glasgow-based South Central Bank, which has a dozen offices, made nearly 3,800 payroll protection loans for almost $170 million, which proved to be “a significant component to the increase in deposits,” Fogle said. Much of that new money was deposited into South Central checking accounts.

Fogle and several other bankers said they attracted new customers through the PPP activity, especially when they assisted businesses with loan applications. Businesses often directed their loan to be deposited at the bank that handled the application.

“Our focus, from a profitability standpoint, was we had to burn up the liquidity and get it into higher earning assets because it was sitting on our balance sheet throughout most of 2021. Anywhere from $100-150 million of that was sitting at the Fed earning nothing,” Fogle said.
South Central made the decision to invest some of the money in short-term mortgage-backed securities and also urged its lending staff to pick up the pace, even if that meant trimming interest rates a bit to close a deal, Fogle said.

Fogle and other bankers said regulators don’t have hard and fast rules about the loan/deposit ratio, so banks decide for themselves what percentage of deposits they want to lend.

Fogle said his bank’s 85% target is “a good balance for the bank’s liabilities to assets. Over 100% means you’re going to have to be borrowing to fund (loans) and that’s more expensive … so your margins really start to get hurt.”

Lending 100% of a bank’s deposits, Edwards agreed, wouldn’t violate any banking regulations. “But let’s say you’re at 100%. That would probably raise eyebrows and they might wonder what’s going on,” he said.

Out-of-state companies expanding in Kentucky
Although Home Savings and Loan didn’t participate in any COVID-related programs during the last two years, business has been booming and deposits have grown, said Christopher Jones, interim president of Home Savings and Loan, which has retained its “savings and loan” designation even though it operates as a commercial bank.

For the two-year period from June 2019 to June 2021, Jones said deposits increased about $21 million to roughly $130 million. That growth was generated, in part, by customers depositing PPP loan proceeds or stimulus checks.

Based in Kenton, Ohio, Home Savings has been aggressive with its expansion plans in Kentucky. The company opened a loan office in Lexington in August 2020 then in September 2021 acquired two branch locations from German American Bank, Jones said.

The bank/S&L is also aggressive in its lending approach.

“We have found far more demand in Lexington than rural Ohio,” said Jones. “I’m sure we’re going to see a slowdown in the economy here with all that’s going on. That will back that up (from 100%), which will be fine.”

Deposits and loans being balanced in the neighborhood of $130 million creates no reason for concern, he said, because Home Savings’ assets are valued at about $180 million.

Michael Beckwith, German American’s senior vice president for commercial banking, said there are a variety of reasons why deposits grew, including an influx of new customers and more deposits from government entities and schools that work with the bank.

“COVID-related government payments were a meaningful contributor,” Beckwith said by email. “Customer behaviors were such that they focused on saving more and being fiscally conservative, a positive attribute of Kentucky businesses and individuals during uncertain times.”
Beckwith said German American’s loan-to-deposit ratio dropped over the past couple of years, ending 2020 at 75% and 2021 at 63%.
“Weighing all the factors, in general, we would prefer this ratio be somewhat higher on a going-forward basis,” he said.

German American’s rapid growth in Kentucky continued this year when regulators gave final approval to the bank’s $154 million acquisition of Citizens Union Bancorp of Shelbyville, which had 15 locations in the state.

With that purchase, German American, founded in 1910, is a $6.5 billion institution with 77 locations in Indiana and 14 in Kentucky.
Beckwith said he’s not concerned about the Federal Reserve increasing interest rates.

“It has been a number of years since we all experienced a significant rate-hike environment, but … consumers and businesses borrow based on investment needs, not rates. Rates in any historical context are and will still be very low for some time. While it is an excellent time to borrow from a rate perspective, we don’t expect a significant spike in loan activity in anticipation of the Fed’s next rate increase,” Beckwith said.

“We believe we are well positioned to benefit from a rising rate environment,” said Jones. “What we continue to see is part of the usual ebb and flow of changing conditions. Our loan business remains important to us, but the value of our diversified business model was evident in 2021 results. As we start a new year, we are encouraged by the momentum building in each of our lines of business. The investments we have made in our digital transformation and payments ecosystem initiatives will continue to enable customer and revenue growth and we expect continued momentum in customer spend activity and loan growth.”