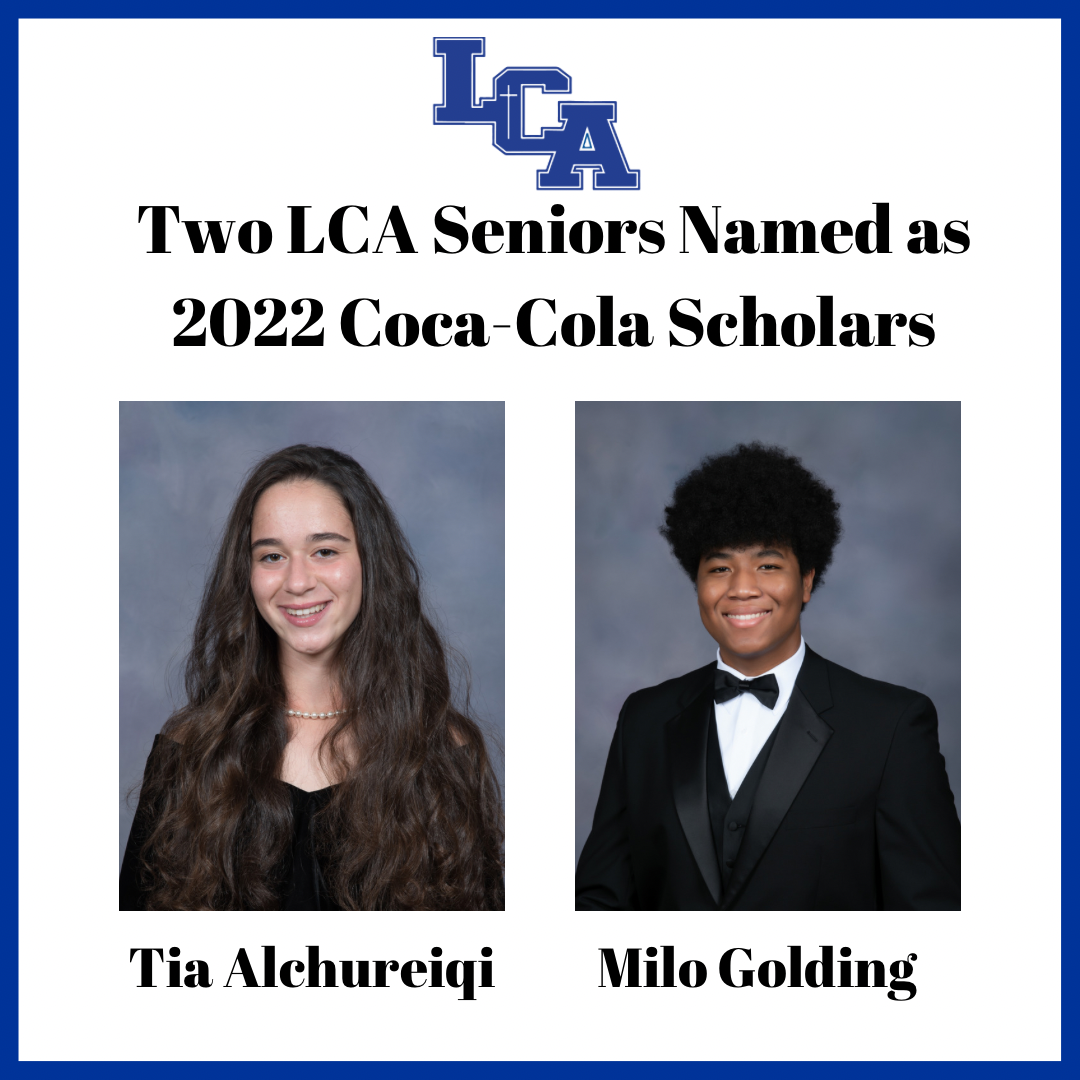 LEXINGTON, Ky. — Tia Alchureiqi and Milo Golding, students at Lexington Christian Academy, have been named among the 150 winners of the Class of 2022 Coca-Cola Scholars Program. Each winner will receive a $20,000 college scholarship and join a family of 6,600+ alumni who are leading positive change in their communities and around the world.

Less than 1% of applicants were chosen to receive this extremely competitive award. These 150 students, who were selected from an initial pool of 68,000+ applications from across the country, not only exemplify superior leadership, service, and academics; they are change agents, positively affecting others in their communities.

“God has blessed these two exceptional young adults with an abundance of gifts,” said Dr. Scott Wells, LCA’s head of school. “And seeing how they share these gifts with us all is truly quite humbling.”

For Golding, this is his second national recognition over the past two years, having won Google’s “Doodle of Google” competition in 2021.

“We are so very proud of these extraordinary students,” said Dr. Cassondra Koett, LCA’s high school principal. “Milo and Tia have, and continue to represent their faith, families, school, and community with class, dignity, and purpose. We’re looking forward to seeing what God has in store for them as they continue their journeys.”

In addition to receiving college scholarships, students selected will be welcomed into a vibrant and growing Coke Scholars family that has become a powerful force for positive change in the world. Through networking, collaborations, and friendships, the group strives to make a greater impact together.

Recent initiatives include a podcast called The SIP and the sixth year of a coaching program that partners seasoned Scholars with first-year Scholars as they transition to college. Every 5 years, all alumni are invited to a Coca-Cola Scholars Leadership Summit.