The pain at the pump is real.  As gas prices soar, a hidden tax increase on motor fuels is the last thing Kentucky needs right now, but that’s exactly what is being considered in Frankfort.  The state government is flush with cash, thanks in large part to $6.4 billion in stimulus and infrastructure money raining down from Washington.  With the state’s Road Fund doing well and inflation taking off like a rocket, one would think that gas taxes should stay the same, or even go down, as Governors in Florida, Virginia and Illinois have proposed.

But not in Kentucky.  Here, lawmakers continue to consider the notion that the gas tax should be “indexed” to the Consumer Product Index or possibly the National Highway Construction Cost Index.  That means, as prices for ordinary consumer goods increase in the future – and they almost always do – then motor fuel taxes will automatically follow.  Lawmakers won’t have to even vote to make this happen if indexed because the amount of the gas tax will be determined by a mathematical equation.

Therein lies the issue.  Substituting a math problem for human judgment undercuts the very essence of electoral accountability.  Future politicians will be able to honestly say they didn’t vote to raise the gas tax even while spending hundreds of millions in new tax revenues that ordinary Kentuckians will pay at the pump.  Lawmakers who vote to raise taxes should do so transparently so that voters can decide whether their actions deserve another term.  That basic level of accountability is gone with the indexing proposal. 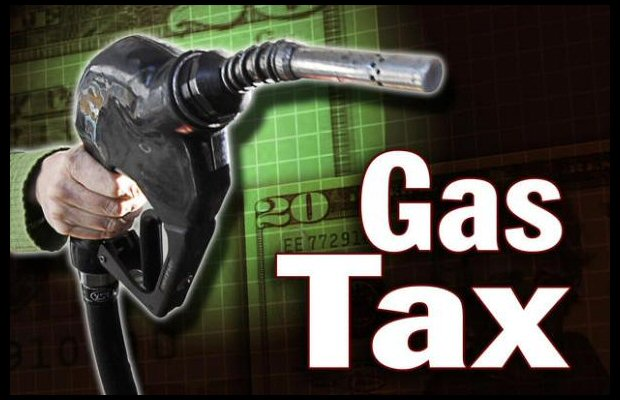 And even if legislators vote to index the gas tax, it is not at all clear that the outcome is better roads.  According to the American Petroleum Institute and Reason Foundation, seven states that have indexed their gas taxes have higher than average gas taxes and worse than average roads.

The average Kentuckian drives 16,305 miles a year.  Indexing means Kentuckians will automatically pay more each year as inflation increases, without end.  Even more telling, studies show that the gas tax takes a larger percentage of income from low-income and middle-income groups than from high-income groups.  The direct impact of indexing the gas tax to inflation is bad for democracy and terrible for drivers. Gasoline is not a luxury item – it is as critical as groceries. It gets Kentuckians to work, school, church, medical appointments, and to obtain the critical goods they need every day.

But the hidden effects of the proposal reach even further.  When fuel costs rise for industry and business, those costs must be passed on to consumers.  As fuel prices increase, the prices of all consumer goods also increase.  That’s when the basic math of indexing kicks in again and forces gas taxes even higher, which in turn further increases the price of both fuel and consumer goods.  That’s a vicious cycle.

Good infrastructure is important, and it isn’t cheap, but passing a hidden gas tax increase in the form of indexing future motor fuel taxes is not wise.  It hurts Kentucky taxpayers.  As they are about to go into the conference committee behind closed doors where these kinds of decisions get made, the General Assembly should reject any increase in fuel taxes tied to an index.