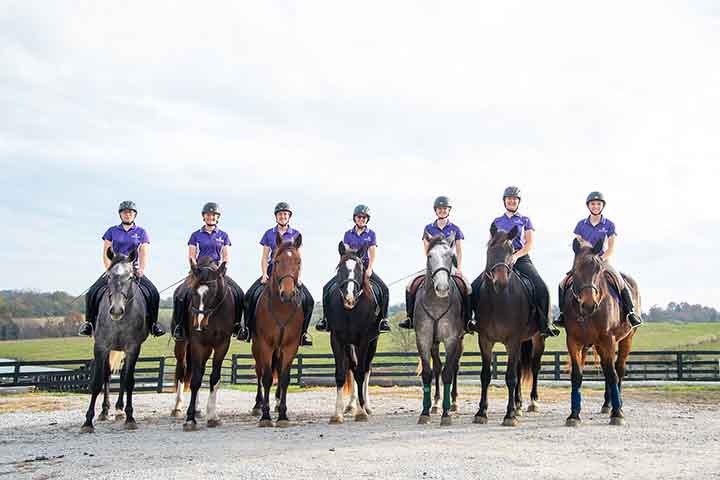 “Asbury’s equine program has seen incredible momentum since its founding in 1997 and the launch of its first major in 2007,” said President Dr. Kevin Brown. “The program’s exponential growth has been a tremendous blessing both for this institution and the students we serve. Adding a new riding arena and boarding barn facility, which will be larger than the current three facilities combined, will enable us to accommodate more students, more classes, and more disciplines like Western riding.”

Since the program was launched with one simple barn, it has added multiple facilities, paddocks and training areas to accommodate students in several degree programs. The first major in equine officially began in 2007 and has grown to include equine management, equine science, a pre-vet track and others. Coming in Fall 2022 is an equine-assisted services major that focuses on utilizing horses across multiple disciplines like counseling or rehabilitation.

The equine program was founded and is still led by Professor Harold Rainwater, who noted that a lot of the growth in recent years came in Asbury’s police mounts program — a training specialization that prepares colts for police work. Asbury’s police horses can be found all over the nation, including in Lexington and Louisville. Seven of them served at the 2022 Kentucky Derby. Rainwater said this new facility will allow for the police mounts program to be housed in one central location, where it can continue to flourish. 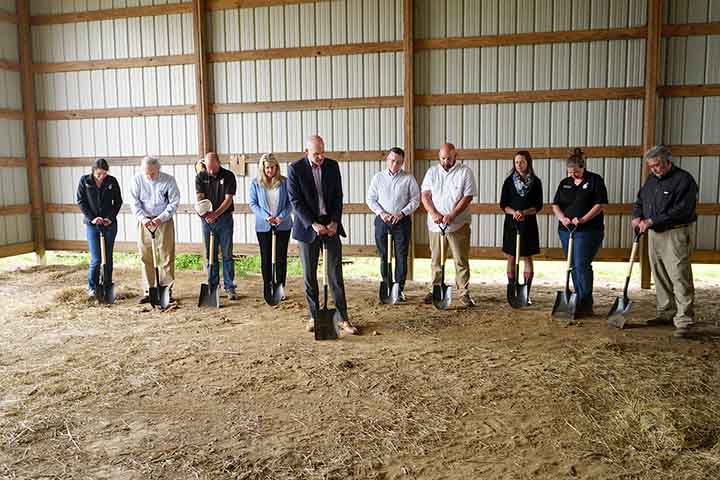 “This new barn for me is just about as big as it can get,” Rainwater said. “I thought the other arena was my capstone project in my life, but being here long enough to see this new building become a reality — it simply completes this program. It allows us to have police mounts, borders, all the programs we ever dreamed of having all in one arena at the equine center. I’m thankful and grateful to be a part of it.”

The facility also will have two bathrooms, storage and tack rooms, and space for portable seating. It frees up the three current barns for other uses in the growing program, including for the equine-assisted services major. The Henry and Elsie Bayless Arena also allows for more students to board their horses at the university, creating an additional revenue stream for the educational programs.

Asbury currently has approximately 80 horses on its property, including 44 police mounts in training — 26 of which are already spoken for by police departments around the nation. The Henry and Elsie Bayless Arena is scheduled to be complete by fall 2022. 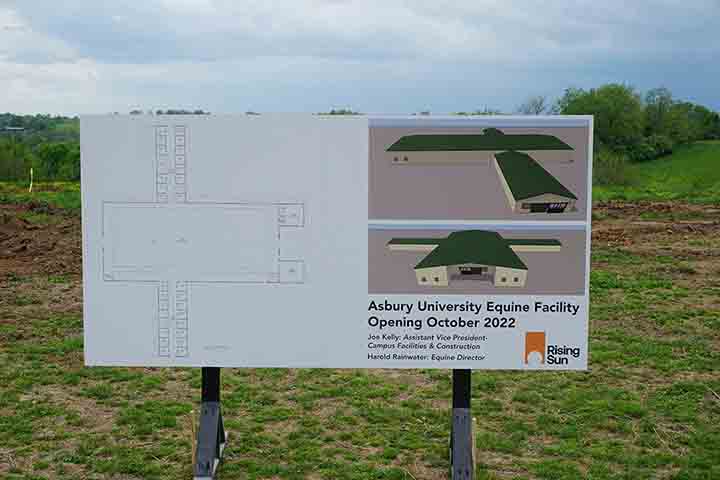