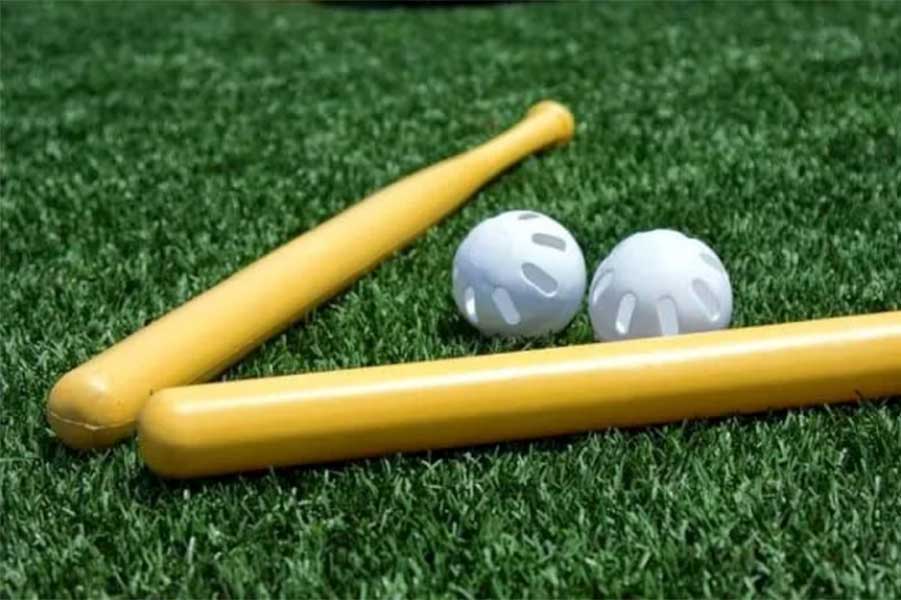 LOUISVILLE, Ky. — A partnership between Louisville Downtown Partnership, Louisville Parks and Recreation, YMCA and Baird is turning RePurposed, a redevelopment site along historic West Main Street, into a new part-time sports venue called the Baird Urban Sports Park. The park will host sports leagues two nights a week. Players will have their choice of pooling teams for Wiffle ball or Pickleball, with league play to take place during September and October.

“Creating a new use for this space and doing something fun and unique Downtown is what makes this project so exciting,” said Rebecca Fleischaker, executive director of Louisville Downtown Partnership. “New sports opportunities in a new space are two great reasons to be with your coworkers and come Downtown.”

The project includes two regulation-size Pickleball courts and a Wiffle ball field. Pickleball games will be played on Wednesdays, and Wiffle ball games on Thursdays, with both starting at 5:30 p.m. Each team will play eight games, including league playoff games, with the first games beginning on August 31 and September 1. Registration is now open at louisvilledowntown.org/urbansportspark.

“We’re thrilled to add another unique asset to our vibrant downtown, located right in the middle of West Main Street,” said Mayor Greg Fischer. “The partners involved in this project are owed an immense amount of recognition with the hope of bringing the community together to participate in both Wiffle ball and Pickleball leagues.”

Located on historic Main Street, RePurposed, formerly known as ReSurfaced, was previously an underutilized vacant lot. This 20,000-square-foot urban space has been used for temporary, pop-up, or short-term activation spaces. Baird’s sponsorship made possible the transformation of the space to accommodate the sports field/courts.

“Given Baird’s longstanding commitment to Louisville and our downtown, lending our support to make the Baird Urban Sports Park a reality for our community is a natural fit,” said Jim Allen, vice chair of Baird, an employee-owned, international financial services firm. “We believe a vibrant downtown is essential for Louisville to realize its full potential and the Sports Park is an exciting step in that direction. This also complements our partnership with the Professional Pickleball Association.”

Steve Tarver, president and CEO of YMCA of Greater Louisville, operator of the Pickleball league, said, “Physical activity, friends, outdoors and fun – sounds like a formula for good health. The YMCA is honored and excited to be part of this unique space and opportunity for gathering and friendly competition in the midst of an urban setting.”