LANCASTER, Ky. — Bluegrass Bottling LLC, a Kentucky-based, woman-owned business, announced it will construct a new bottling facility in Lancaster with a $6.25 million investment that will create 27 full-time jobs for Kentucky residents. 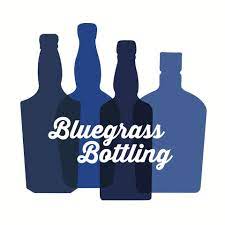 Bluegrass Bottling operates in Garrard and Lincoln counties, currently employing 14 people in the Commonwealth. Company leaders will construct a new 50,000-square-foot bottling facility on a 98-acre site at 51 Poor Ridge Pike in Lancaster, where the company will operate under the name Poor Ridge Distillery.

The project also will more than double the company’s storage space to a total of 49,000 square feet. Bluegrass Bottling will retain its employment base from its current bottling facility in neighboring Lincoln County, where the company will maintain a distribution presence. Construction is expected to begin next month with completion slated for March 2023.

“We could not be more excited and proud to be a part of Kentucky’s bourbon industry,” said Lisa Strevels, owner of Bluegrass Bottling. “This investment will be vital to our company’s continued growth in the commonwealth, and we look forward to expanding our presence in Lancaster.”

To encourage investment and job growth in the community, the Kentucky Economic Development Finance Authority (KEDFA) in July preliminarily approved a 15-year incentive agreement with the company under the Kentucky Business Investment program. The performance-based agreement can provide up to $405,000 in tax incentives based on the company’s investment of $6.25 million and annual targets of:

In addition, the company can receive resources from Kentucky’s workforce service providers. These include no-cost recruitment and job placement services, reduced-cost customized training and job-training incentives.