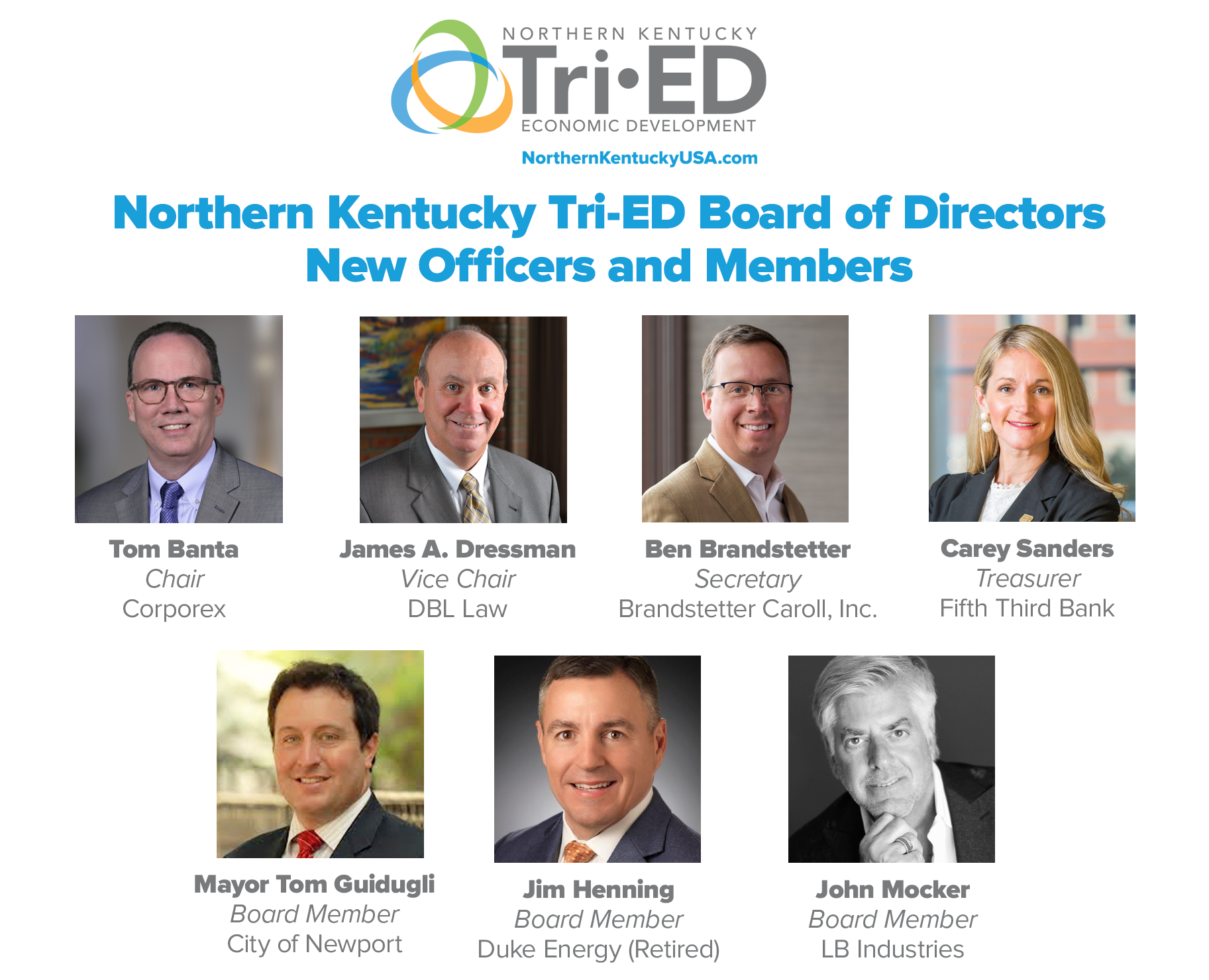 Newport Mayor Tom Guidugli, Jim Henning, and John Mocker are joining the board. Henning and Mocker were both appointed by Boone County Judge/Executive Gary Moore and the Fiscal Court.

Guidugli was elected Newport Mayor in 2021 after serving as vice mayor from 2011-2014 and 2017-2018. He is a graduate of Northern Kentucky University and works as a business representative for the International Alliance of Theatrical Stage Employees (IATSE) Local 5. Guidugli has served as the Performing Arts Technical Scholarship fund president for more than 12 years and holds state-wide positions within IATSE. Guidugli and his wife live with their two children in the East Row Historic District of Newport.

Mocker is vice president and partner at LB Industries, Inc. in Covington and previously served on Tri-ED’s Board. He is a past president and current director ex-officio of the National Association of Steel Pipe Distributors, has served in multiple capacities on the Kenton County Airport Board, is a past president of the board of directors of the Children’s Home of Northern Kentucky, and has held board positions with many other organizations. He is a graduate of The Ohio State University, a member of St. Timothy Parish in Union, and has lived in Boone County since 1996.

Tri-ED would also like to thank Board members who are staying on the Board but leaving their officer positions. Cincinnati/Northern Kentucky International Airport (CVG) CEO Candace McGraw served as Secretary and KLH Engineers CEO Bob Heil served as Vice Chair.

Tri-ED is governed by a twenty-three-member Board of directors, comprised of business and community leaders who are unpaid volunteers.