Retirees are a growth industry, and Kentucky should join the competition with intentional strategy. Actually, the commonwealth fares somewhat well already, but there is seldom direct discussion of whether policy choices are friendly and welcoming to retirees and seniors.

Tax reforms to lower income tax rates and expand sales tax to services are a positive. Kentucky’s ace up its sleeve, however, is the elder health care sector in Louisville. Having evolved from the Humana care ecosystem over the past several decades, it’s one of the best in the world and deserves some limelight.

Today’s seniors and retirees increasingly are an economic force. They are healthier, more active and live longer.

They are a growing cohort of the population—all over the world. The cliché is to retire to Florida. Or Arizona. But locales around the world are vying to attract the active retiree. Along with their life experiences, they bring a lifetime of wealth accumulation.

The competition for retirees and seniors is, to a degree, a competition for their assets. The ongoing retirement of baby boomers is creating a never-before-seen generational transfer of wealth.

Meanwhile, the National Active Retirement Association reports:
• A retiree couple is the equivalent of 3.7 manufacturing jobs.
• Retirees transfer their wealth from other U.S. communities across state and county lines.
• They generally have higher disposable incomes, better educations and put much less a burden on streets, infrastructure or schools.
• They are active volunteers in schools and civic, cultural and religious organizations.
• Because they have higher wealth, on average, they pay higher taxes on purchases and property.
A study for the Southern Agricultural Economics Association finds that business sectors benefiting from in-migration of retirees include:
• real estate (residential and commercial)
• financial (banks, insurance, stocks, financial planners and accountants)
• health care (professionals and facilities)
• recreation and entertainment
• hospitality (lodging and restaurants)
• retail (durables and nondurables)
• utilities
• tourism.

“Retirees” increasingly are seen also as workforce in today’s still-tight labor market. Many seniors today want to stay active and maintain some income. Employers, meanwhile, seek older workers for reasons such as “maturity, reliability, work ethic, self-sufficiency, connections and networks, curiosity, and the ability to survive and thrive in a corporate setting,” according to Damien Birkel, founder of the 30-year-old Professionals in Transition Support Group in Winston-Salem, N.C. Older workers “play well in the sandbox,” he said. They have nothing to prove. “They have proved themselves in the workforce for decades. That is a tremendous asset.”

ResumeBuilder.com reports 20% of recent retirees say their former employers have asked them to return.

The good news is retirementliving.com ranks Kentucky No. 7 among the 10 most tax-friendly states for retirement, but by making senior friendliness a policy goal we can do better.
The time to come up with a strategy to keep and attract retirees to Kentucky is now. We’re not getting any younger. 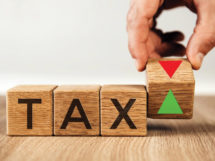 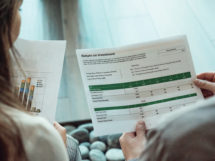 Wealth Management: How to Make the Most of Your IRA 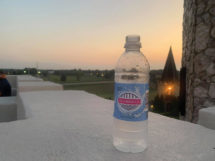