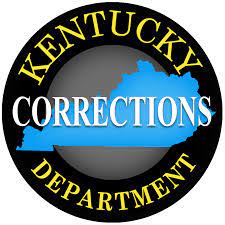 The primary goal of the expansion is to transition inmates from the Kentucky State Reformatory (KSR) in LaGrange. This is the first step toward closing KSR due to the prison’s significant aging infrastructure and staffing challenges. Upon completion, LSCC will be the second-largest state prison in the commonwealth, housing 1,882 male inmates.

“Every day the Beshear-Coleman administration is creating a better, safer Kentucky for future generations,” said Adkins. “Kentucky’s economy is booming, and we have created the largest job growth ever in the commonwealth’s history. And we are here today creating more good-paying jobs in a community that is ready to work to support themselves and their families and to grow the county.”

“We are very pleased that not only does this expansion fill a need for the department, but it will also create a variety of good jobs for residents in the surrounding communities,” said DOC Commissioner Cookie Crews. “We appreciate the support of the Governor and all those involved in making this expansion possible.”

Currently, LSCC is responsible for the safety and security of 976 inmates. The expansion of LSCC will include two new buildings mirroring the prison’s existing housing units with an open dorm concept. Included in the expansion will be electronic security measures, perimeter detection and camera system upgrades.

Larry Chandler retired as warden of LSCC in September after 33 years of service to Kentucky’s criminal justice system. Chandler originally designed the prison when it opened in 2005, and he played a significant role in the design stages for the prison’s expansion.

“Twenty-two years ago, the state started looking for a site to build a prison,” said Chandler. “A design and build team traveled Kentucky looking at possible sites, and now we are building Little Sandy with the infrastructure to house our aging inmates as well as those with medical and mental health issues.”