FLORENCE, Ky. — Mackenzie and Paige Logistics LLC (M&P), a woman-owned logistics provider based in the commonwealth, cut the ribbon on its new Florence headquarters. The company invested nearly $4 million and is creating 210 new full-time jobs, including positions for at least 120 Kentucky residents. 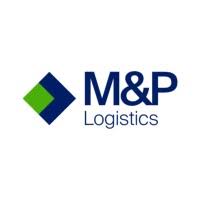 In August, company leaders outlined an aggressive growth plan that included acquiring a 26,000-square-foot building at 7900 Tanners Gate Lane in Florence. Among the jobs created at the new location are sales, operations and administrative roles and high-end and middle management positions. The company employed approximately 30 people at offices in Boone County prior to the project.

“It’s undoubtedly been an incredible year for all of us here at M&P, and we’re delighted to officially open our doors and move into the new year with true momentum,” said Kimberly Hall, founder/CEO of M&P Logistics. “Once again, we would like to thank Gov. Beshear, the Kentucky Cabinet for Economic Development, Northern Kentucky Tri-ED, City of Florence Mayor Diane Whalen and Boone County Judge/Executive Gary Moore, for their continued support. Just like M&P, my family and I were born and raised in Northern Kentucky. I couldn’t be prouder.”

Established in 2011, M&P Logistics is Women’s Business Enterprise National Council woman-owned certified transportation brokerage company that has grown exponentially since its founding. In addition to operating dry-van and refrigerated transportation, M&P provides specialized options such as white glove deliveries, rail and port drayage, as well as sprinter and box truck expediting. Along with its growing Kentucky footprint, M&P maintains offices in Florida and recently opened an office in California. Earlier this year, M&P was recognized as one of America’s fastest growing privately owned companies with inclusion on Inc. magazine’s Inc. 5000 list.

M&P’s growth adds to Kentucky’s strong distribution and logistics presence. Since the start of the Beshear administration, companies within the sector announced more than 7,300 full-time, Kentucky-resident jobs across more than 110 facility expansion and new-location projects with $2.1 billion in private-sector investment in the commonwealth.