Legislative leaders have been candid in their remarks about the issues and dynamics facing the 2023 General Assembly, a “short” 30-workday session that opens Jan. 3.

Top of mind is the sheer number of new faces joining at the Capitol. Retirements and incumbent primary losses mean 31 new members must be oriented on chamber processes and norms. GOP Caucus Chair Rep. Suzanne Miles, R-Owensboro, will help counsel the new 18 (out of 80 total) in the House; Sen. Julie Raque Adams, R-Louisville, will do the same for the six new faces (of 31 total) in her chamber. At the time of this writing, Democrat leadership was yet to be decided for their caucuses, with seven new House members.

Odd years like the 2023 session are not budget years under Kentucky’s two-year spending model. That said, budgetary changes can be made during any session. Senate leaders have voiced opposition to broad-based action this year—which Gov. Andy Beshear wants—whereas House leaders have been tight lipped. All budget-related legislation must be introduced in the House, giving that chamber the lead.

One budget-related procedural move we can expect is for lawmakers to affirm the revenue triggers for lowering the personal income tax have been met. This will lower the rate a half-point more. The legislature decreased the rate from 6% to 5% last year and hopes to continue the half-point drops for the next decade, revenue permitting.

A lingering fiscal concern is recovery in natural disaster-impacted counties, especially infrastructure and housing. Sen. Brandon Smith, R-Hazard, proposed $50 million for housing in the August special session. Of late, Gov. Beshear has cited the need. An updated assessment of current conditions is expected.

Education challenges loom large. Most sectors of the U.S. workforce struggle for employees, and the teacher shortage is particularly vexing. Rep. James Allen Tipton, R-Taylorsville, is the new chair of the House Education Committee and says panel members are reviewing ideas to attract more people to the profession.

Lawmakers could look to Tennessee for direction. The Volunteer State has the first federally approved teacher apprenticeship program. Giving credit for “prior learning” is another option enabling people to get into teaching more rapidly.

The whale in the education fish tank is (and will always be) funding. Kentucky’s budget model, based on “average daily attendance” in schools, has outlived its usefulness, say some school superintendents. Illness, mental health issues, students moving to other districts are among the factors that call for review.

Sen. Max Wise, R-Campbellsville, moved from heading the Senate Education Committee to Economic Development. Both topics are urgent and intertwined, Wise says, from the national teacher shortage to Kentucky’s low workforce participation rate. He wants the state to borrow best practices and thinking from across the country.

Health and welfare issues always take up a considerable share of legislation, prompting House and Senate GOP Leadership to create new committees for 2023. The House Committee on Family Services will be chaired by Rep. Samara Heavrin, R-Leitchfield. Sen. Danny Carroll, R-Benton, will lead his chamber’s Committee on Families and Children. Both will focus on child care, welfare policies, social services and public assistance programs.

In health topics, pharmacy benefit manager (PBM) transparency and prescription drug affordability received major attention during the interim session. One consideration is “rebate reform,” giving patients access to drug discounts received by middlemen. Manufacturers provide rebates or discounts to incentivize PBMs and health plans to cover their medicines so they reach as many patients as possible.

As the size of rebates has grown–and PBMs and insurance companies consolidate–lawmakers want to know where these rebates are going and why discounts aren’t passed through to patients who pay insurance premiums but don’t get discounted pricing. Health plans claim rebates lower premiums for everyone, an argument of feverish debate, and are likely to oppose this legislation.

Newly appointed Senate Health Chair Stephen Meredith, R-Leitchfield, is leading this effort. On the House side, Rep. Kim Moser, R-Taylor Mill, is digging into this and a host of other issues as she continues helming the House Health Committee.

Medical marijuana, a primo pending issue, took on new energy when Gov. Beshear announced a program to allow it. Persons with 15 diagnosed conditions could obtain medical marijuana from Michigan, for example. Questions linger. Could this get a legal challenge? Could it get legislative action? The House passed it last session with no action from the Senate. It’s a hot consideration.

Another potential economic development boon could come from tapping into the trillions in federal grant money available over the next decade. In fact, Washington is specifically targeting rural counties in Eastern and Western Kentucky to help workforce training, industry diversification, housing and substance use disorders, important issues plaguing these regions. To win major grants, however, requires a small percentage state match.

Both Ohio and West Virginia are setting aside matching funds at zero risk, primed to supplement Washington whenever possible. Rep. Richard Heath, R-Mayfield, wants Kentucky to do the same. Unspent matching funds would return to the state bank account.

Sports betting’s constant debate continues. The House passed a measure last year. Then, after much discussion, the Senate did not move it for a vote. A divide among the upper chamber’s Republican supermajority remains. How new members see the issue could be the determining factor among the 31-member caucus. Senate President Robert Stivers, R-Manchester, says he is ambivalent.

One betting debate concern is where it could be physically conducted. Churchill Downs wants by far the lion’s share; other regions feel they deserve a location. Many states have seen significant tax revenue increases by expanding betting’s brick and mortar footprint.

Revenue diversification for local government could be a crucial tax reform; other benchmark states have made similar moves. Many across the commonwealth feel local governments are handcuffed by constitutional restrictions on taxes written for a largely agrarian economy back in 1891. The change would require a constitutional amendment, the hurdles being messaging and the difficulty of passing amendments, as evidenced by two voter rejections this fall. House Speaker David Osborne, R-Prospect, urges first laying a strong foundation of statewide support in the business and civic communities.

The two budget chairs, Rep. Jason Petrie, R-Elkhorn, along with Sen. McDaniel advise caution for further tax changes given the high priority for ongoing income tax cuts that are revenue triggered. Many maintain that downsizing the income tax rate gives Kentucky an edge in attracting companies, workers and those contemplating pre-retirement moves back to the Bluegrass.

Two experienced leaders control the flow of priorities that ultimately get votes in Senate and House chambers. Sen. Damon Thayer, R-Georgetown, and Rep. Steven Rudy, R-Paducah, have the crucial majority floor leader roles. Their comments present a legislative determination to limit the 2023 debates to highest priority decisions, especially given the unprecedented volume of votes and new laws in recent years. But new members’ perspectives, diverse priorities and unforeseen events mean the scope and scale of this session may find a life of its own. 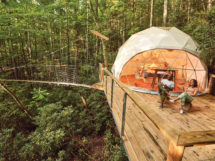 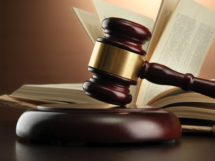