WASHINGTON — Kentuckians are serving as leaders and committee chairs in Washington, D.C., after the 118th Congress was sworn in this month. 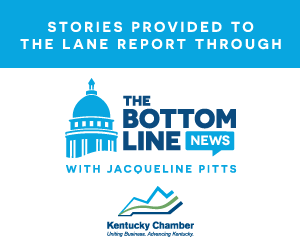 U.S. Congressman Andy Barr of Lexington was named Chairman of the House Financial Services Subcommittee on Financial Institutions and Monetary Policy. In this role, Barr will oversee the operations and policy development of the prudential regulators, the Consumer Financial Protection Bureau, and the Federal Reserve and its 12 reserve banks; identify policies that grow and stabilize the financial system and broader economy; and champion best practices and policies that continue to strengthen the financial industry’s commitment to diversity and inclusion.

Kentucky’s First District Congressman James Comer has been named Chair of the newly renamed Oversight and Accountability Committee. He previously served as Ranking Member of the Oversight Committee from June 2020 to December 2022. The committee seeks to ensure the efficiency, effectiveness, and accountability of the federal government and all its agencies.

Rep. Rogers has previously served at the chairperson of the House Appropriations Committee as well as other subcommittees.