LOUISVILLE, Ky. (June 5, 2018) – Nelleke C. van Wouwe, PhD, MSc, joined the research faculty at the University of Louisville School of Medicine as assistant professor in the Department of Neurological Surgery on June 1.

At UofL, van Wouwe will work on research to understand the function of the basal ganglia in patients with Parkinson’s disease, Huntington’s disease, Tourette syndrome and other conditions. The basal ganglia are located at the base of the forebrain and are associated with control of voluntary movements, cognition, emotion and other functions. She will work with Joseph Neimat, MD, chair of the Department of Neurological Surgery, on experiments conducted in the operating room during deep brain stimulation surgeries. Her NIH-funded research will investigate how the basal ganglia affect cognitive functions crucial to navigating daily life situations, such as the ability to stop or change action.

“For example, patients with Parkinson’s disease may find it difficult to stop and control voluntary actions. The ability to stop an action can also depend on whether a positive or negative outcome is expected,” van Wouwe said. “Generally, dopaminergic medication and deep brain stimulation restore the ability to control actions, but some patients develop impulse control disorders. A better understanding of failures in adaptive behavior in neurologic or neuropsychiatric disorders with altered frontal basal-ganglia circuitry could ultimately help tailor treatment to individual needs.”

Since 2012, van Wouwe has been researching cognition and movement disorders at Vanderbilt Medical Center in Nashville. She was educated at Leiden University in the Netherlands and conducted research at the Netherlands Organization for Applied Scientific Research in Soesterberg before moving to the United States. 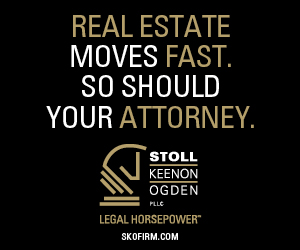