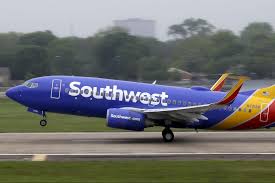 “We are excited to see Southwest supporting the demand for new service in Louisville by adding two new routes in a matter of months,” said Dan Mann, executive director of the Louisville Regional Airport Authority. “The morning departure and evening return schedule of this flight make it convenient for those travelers who have business in the Dallas-area, as well as a variety of options for connections to the western half of the country.”

“Adding direct flights out of Louisville International Airport is good for our citizens and our businesses, and it’s attractive for the businesses we want to locate and grow in our city,” said Louisville Mayor Greg Fischer. “Airlift is a significant conversation in our city right now, particularly with our coast cities and other strong business centers like Dallas.”

Louisville International Airport is served by seven airlines offering flights to 32 nonstop destinations including 18 of the region’s top 20 domestic markets. With just one stop travelers from across the region can reach 170 international destinations in 81 countries on six continents.