Home » Fentanyl-related deaths increase 11.5 percent statewide in 2017 according to report 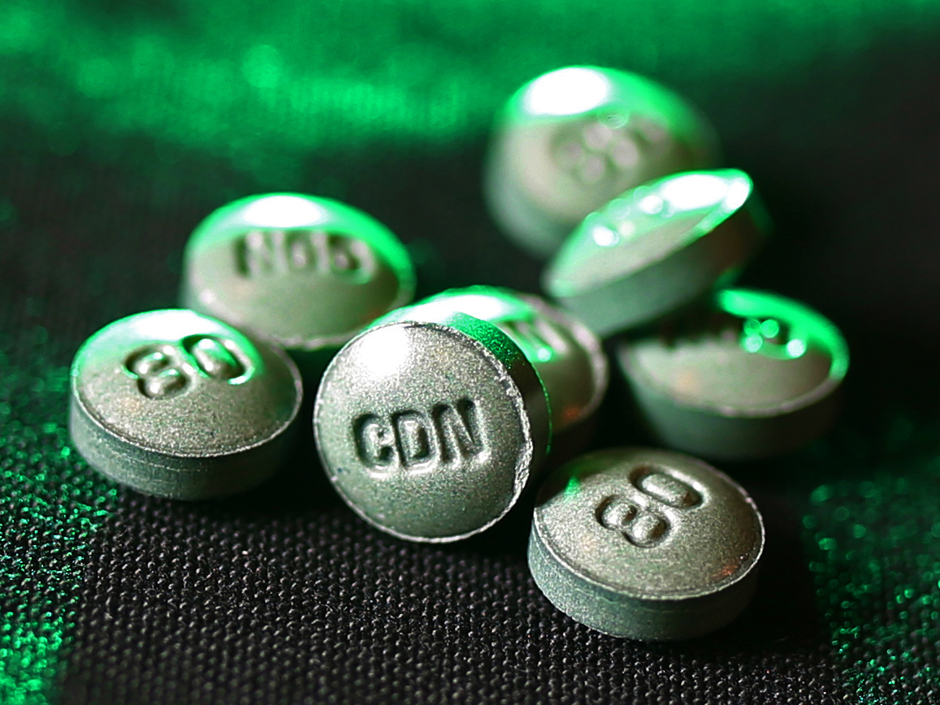 FRANKFORT, Ky. (July 25, 2018) – Illicit fentanyl, a powerful and unpredictable opioid, has inflicted another harrowing year on the commonwealth, claiming more lives than ever before even though deaths from heroin alone have declined.

According to a report released today by the Kentucky Office of Drug Control Policy, fatal overdoses totaled 1,565 in 2017, an 11.5 percent increase over the previous year. Among those cases, toxicology reports were available for 1,468.

Fentanyl was a factor in approximately 52 percent of the toxicology cases – 763 deaths. That’s up from roughly 47 percent in 2016. Heroin was a factor in close to 22 percent, down from 34 percent in the previous year. In total, 327 people had heroin in their system when they died.

“The gravity of today’s report by KY ODCP underscores just how much is at stake in the ongoing battle against the nation’s opioid epidemic,” said Gov. Matt Bevin. “This is a fight we must win for the sake of our families, our communities, and the Commonwealth as a whole. We will continue to leverage every available resource to close off the funnel of addiction and to help our fellow Kentuckians who are struggling against this scourge.”

The numbers are part of the 2017 Overdose Fatality Report, which was compiled with data from the Kentucky Medical Examiner’s Office, the Kentucky Injury Prevention & Research Center and the Kentucky Office of Vital Statistics. A copy of the full report is attached.

The report shows that at least three other drugs have overtaken heroin among deaths that underwent toxicology. Alprazolam was detected in approximately 36 percent of cases and gabapentin was detected in 31 percent. Meanwhile, a resurgence of methamphetamine contributed to more than double last year’s total – about 29 percent of deaths.

Jefferson County had the most overdose deaths of any county and the largest year-to-year increase. A total of 426 people died there last year, up from 364 in 2016. Other counties with significant increases include Fayette, Campbell and Kenton counties.

Kenton County had the highest number of fatalities on a per-capita basis, followed by Campbell, Boyd, Mason and Jessamine counties. Among age groups, people between 35 and 44 years were most affected, with 353 deaths.

“This level of suffering is unspeakable and it’s impacted nearly every family in the state,” said Kentucky Justice Secretary John Tilley. “My heart grieves for those we’ve lost, and I’m praying that today’s report will only strengthen the resolve to fight this crisis in all corners of the commonwealth. We must continue to redouble our efforts and deploy every possible resource and intervention to save lives.”

Fentanyl, a Schedule II narcotic that is used mostly in end-of-life care, has been a leading factor in overdose deaths since 2015. It can be up to 50 times more potent than heroin while its analogues, such as Carfentanil, have potencies that are far higher.

The drug is frequently mixed with heroin or disguised as pills, making it difficult to gauge dosage and more likely to cause overdoses.

“Fentanyl is the deadliest and most addictive drug our nation has ever seen,” Ingram said. “The fact that people continue to use it – despite the obvious risk – shows just how addictive these drugs are. People have become powerless against them. That’s why we have to make every effort to intervene with a comprehensive treatment response.”

Combating substance abuse remains a high priority of the Bevin Administration, which has launched a series of innovative initiatives over the past two years to highlight the dangers of opioids to connect people with treatment.

As part of the campaign, the Kentucky Justice and Public Safety Cabinet partnered with Operation UNITE to create the KY Help Call Center. It allows those with a substance use disorder or their family members to speak with a live specialist about treatment options and available resources in Kentucky. People can call 1-833-8KY-HELP (1-833-859-4357) toll-free, and the specialist will attempt to connect them with treatment as quickly as possible.

Likewise, the administration worked with the Kentucky Injury Prevention and Research Center (KIPRC) at the University of Kentucky College of Public Health to launch Findhelpnowky.org. The site provides a search engine for drug treatment, helping users locate treatment providers based on location, facility type, and type of treatment needed.

In addition, Kentucky State Police launched the Angel Initiative this year, which encourages individuals seeking treatment to visit a KSP post, where he or she will be paired with a local officer who will assist in locating an appropriate treatment program.

Gov. Bevin also worked with the General Assembly to enact House Bill 333, which limits opioid prescriptions for acute pain to a three-day supply unless a doctor provides written justification for a larger amount. It also provides flexibility to schedule new fentanyl analogues as they arrive on the streets.

The governor and legislators also collaborated to increase funding to combat the drug epidemic in this year’s state budget by $11 million over the previous biennium.

Among other significant findings in today’s report:

The top five counties for overdose deaths, per capita, were:

The top five counties for heroin-related overdose deaths were:

The top five counties for fentanyl-related deaths were:

The top five counties for deaths related to heroin and fentanyl in combination were: