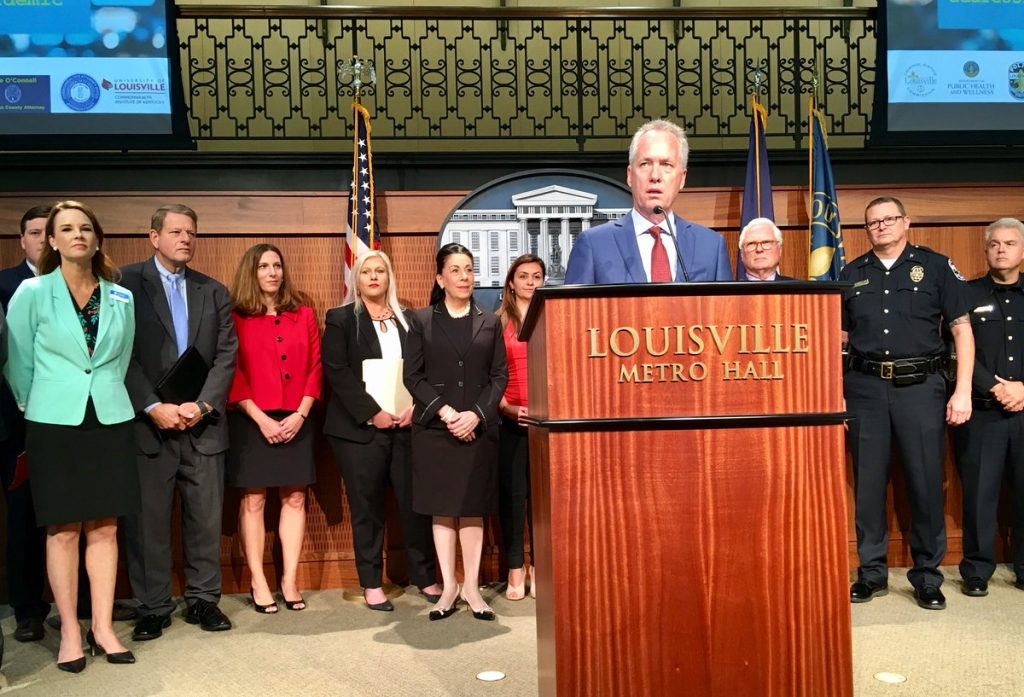 The LEAD program, which was first launched in Seattle in 2011, is an innovative pre-booking, community-based program focused on routing individuals suspected of committing low-level drug-related offenses away from jail and prosecution into treatment.

The Mayor announced the city has been awarded a $400,000 federal grant to fund a pilot project, serving 50 qualifying individuals who come into contact with police in the Portland and Russell neighborhoods over the next 18 months.

“The Opioid crisis remains a vital concern to public safety in this community,” said Mayor Fischer. “But incarceration cannot be the only option for those struggling with addiction. We must find ways to divert people to treatment and stem the tide of drug-related crime. This program is one more option for our community.”

For the past several months, the LEAD planning team has been putting together the framework for the pilot program, which is expected to be fully launched by Oct. 1.

Here’s how the program will work:

“So often, officers come into contact with members of our community who are committing crime as part of their addiction to opioids and other drugs,” said Col. Michael Sullivan, deputy chief for Louisville Metro Police. “This gives officers a tool to divert people into treatment, rather than taking them to jail, where they may or may not get to address the underlying issue leading them to crime.”

Volunteers of America Mid-States will work with pilot program participants to coordinate services they need to get themselves back to a healthy and productive lifestyle.

“We know that we can change people’s lives when we surround them with professional care and treatment and access to comprehensive support and services,” said Jennifer Hancock, president and CEO of Volunteers of America Mid-States.  “Opioid use and addiction is a public health crisis and LEAD will be successful because it offers a public health solution.”

University of Louisville’s School of Public Health and Information Sciences joins the partnership to help ensure the program is working as it should. Liza Creel, PhD, and Susan Buchino, PhD, both scholars of the Commonwealth Institute of Kentucky, will conduct the evaluation.

“Our evaluation will aim to measure outcomes in the areas of recidivism, public safety, cost savings, and fidelity to the Seattle LEAD model,” Creel said. “By following an evidence-based intervention that has shown success in other communities and designing it to meet Louisville’s needs, the Louisville LEAD pilot has great potential to positively impact participant lives and our community.”

Members of the planning team working to set up the pilot include: