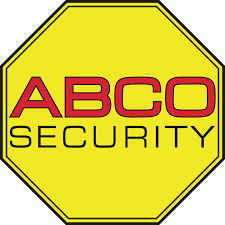 PRESTONSBURG, Ky. — ABCO Security, a Bates Security company in Eastern Kentucky, has announced the official brand refresh to reflect the company’s mission and commitment to service.

Acquired by Bates Security in early of 2018, ABCO Security’s new logo unites the two brands, while incorporating the original ABCO Security red, established by the company’s founder in 1983. The consolidation and consistency allows ABCO Security the capability to make emotional connections between the brand and consumers.

“It was a big change, moving to the Bates yellow design,” said Tim Welch, General Manager of ABCO Security. “However, the community response has been nothing but positive. The new brand is easily recognizable, not only by the consumer, but by would-be perpetrators as well.”

The brand refresh includes a top-to-bottom redesign of the company’s website, vehicles, graphics, communication and correspondence. One thing unchanged is the company’s tagline: “People who know, trust ABCO.”

“The ABCO brand is so strong and respected in Eastern Kentucky, we felt it was best to continue to do business under the ABCO name,” said Jeremy Bates, president of Bates Security. “We decided, though, that it was time to update the look some to make it even more impactful and consistent in all the mediums it is used.”

The new brand was released officially at the company’s Ribbon Cutting ceremony on August 13.