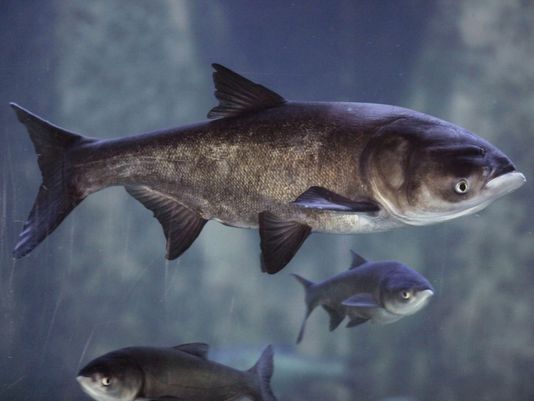 PADUCAH, Ky. — Gov. Matt Bevin has announced the award of the state’s first-ever fish house contract, in an innovative step to attack the Asian carp problem in western Kentucky and encourage job growth in the region. Bevin announced that Kentucky Fish Center, LLC of Wickliffe, Ky. has won the contract to establish the fish house, which will expand the market for Kentucky-caught Asian carp.

Angie Yu, operator of Two Rivers Fishery, a fish processing company also based in Wickliffe, will own and operate the Kentucky Fish Center. Asian carp caught in Kentucky will be sold by Kentucky Fish Center in daily auctions open to all interested buyers. The Kentucky Department of Fish and Wildlife Resources will oversee the auctions.

“The Tourism, Arts and Heritage Cabinet has worked tirelessly to develop a workable solution for mitigating Asian carp,” said Gov. Bevin. “Today’s announcement is a great example of government partnering with the private sector to create a commonsense, market-based solution. It will provide commercial anglers with new opportunities, while also removing this invasive species from Kentucky’s waterways.”

By buying carp caught in Kentucky waters at a guaranteed price of 19 cents per pound, and selling the fish to both domestic and international users in daily auctions, the fish house will play a key role in growing the market for Kentucky carp.

The Kentucky Department of Fish and Wildlife Resources is pledging up to $4 million in loans and incentives for the fish house and commercial fishermen. The department will pay commercial anglers an incentive of 5 cents per pound for their catch, supplementing the fish house’s guaranteed 14 cents per pound purchase price, to make fishing for carp in Kentucky’s waters economically attractive.

“Commercial anglers currently harvest two million pounds of Asian carp from Kentucky’s waters each year,” said Ron Brooks, Kentucky Fish and Wildlife’s fisheries director. “We believe this program can increase that catch to 20 million pounds across the state within the next five years.”

Asian carp first came to the United States to help control aquatic weeds and algae blooms in fish farms. By the 1980s, three species of Asian carp had escaped into the wild during floods. They have now spread throughout lengthy portions of the Mississippi, Ohio, Missouri and Illinois rivers. They have established significant populations in Kentucky and Barkley lakes.

Asian carp include bighead, silver, grass and black carp. They are prolific breeders. A single large Asian carp may produce up to a million eggs yearly. An Asian carp can consume 5 to 40 percent of its body weight each day. Bighead and silver carp feed voraciously on the same plankton that young sport fish such as crappie depend upon for their survival. Silver carp also jump from the water upon hearing the approach of a motor, creating hazards for boaters.

Commercial angling is the only practical method for limiting and reducing Asian carp numbers. Currently, only a handful of commercial anglers operate on Kentucky and Barkley lakes.

The incentives offered under the new distribution center contract will guarantee anglers a buyer and a nearby place to offload their catch. Brooks said the arrangement should lure more commercial anglers to Kentucky and Barkley lakes.

“We believe this will increase the amount of Asian carp coming out of those lakes to five million pounds per year,” Brooks said. “A sustained harvest of this amount will significantly reduce the impact of Asian carp on these nationally-recognized crappie lakes.”

The program includes a $734,000 secured loan for fixed assets to assist with the start-up of the fish house. Performance-based incentives of $570,000 to $700,000 a year will be awarded if the escalating yearly harvest goals of 5 to 20 million pounds of fish are met. The secured loan would be forgiven in 2024 if the 20 million pound goal is met that year. The program will be fully funded by boat registration fees.

Department officials estimate the effort would cost $3.5 million a year if it were run entirely by the state and would produce a harvest far less than the 20 million pound goal of the partnership announced today.